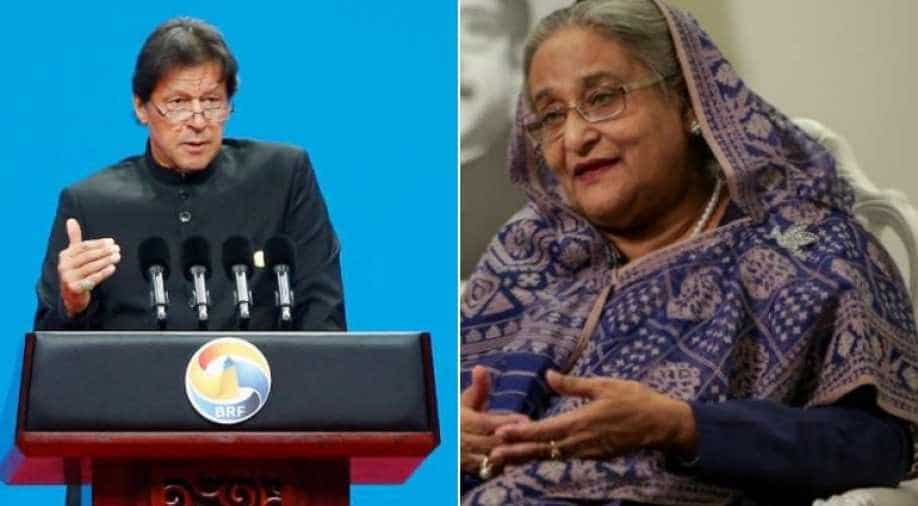 Pakistani nationals are not being issued a visa for the past seven days now, sources said. Visa section of Bangladesh High Commission in Islamabad is also closed since last Monday.

Diplomatic tension between Bangladesh and Pakistan intensified on Monday as Dhaka halted issuing visa to its nationals, sources reported to WION.

Pakistani nationals are not being issued a visa for the past seven days now, sources said. Visa section of Bangladesh High Commission in Islamabad is also closed since last Monday.

The diplomatic rift between Bangladesh and Pakistan is on the rise since last year when Bangladesh denied a visa to the Pakistan High Commissioner.

It also didn't give agreement to the new nominated Pakistani High Commissioner, Saqlain Syedah, for over a year now, sources in Pakistan's foreign ministry said.

Till now, Dhaka officials have neither accepted nor rejected the new high commissioner's nomination. The post has been vacant since March 2018.

In October, Pakistan's foreign ministry had made a suggestion to Prime Minister Imran Khan, that since diplomacy is on a reciprocity basis, and Pakistani mission in Dhaka is being run by a consular level officer, it was recommended to downgrade the Bangladeshi mission in Islamabad as well, sources said.

However, PM Imran Khan did not pay any heed to the recommendation, sources added.

Diplomatic negotiations between the two countries are at a standstill since a few years now over Dhaka alleging Pakistani High Commission of financing terrorist activities in the country.

Earlier this month it was reported, amid a diplomatic rift, Pakistan also didn't give visa extension to Bangladesh High Commission's press consular.

Mohammad Iqbal Hussain’s visa duration for a stay in Pakistan expired in March this year. He had applied for the extension for him and his daughter for a year in January.

Pakistan's ministry of foreign affairs had also written to Bangladeshi High Commission assuring them that the process has been initiated and that they have written to concerned institutions over the matter.

Despite four months being passed, Pakistan interior ministry yet to give a visa extension to Iqbal Hussain.