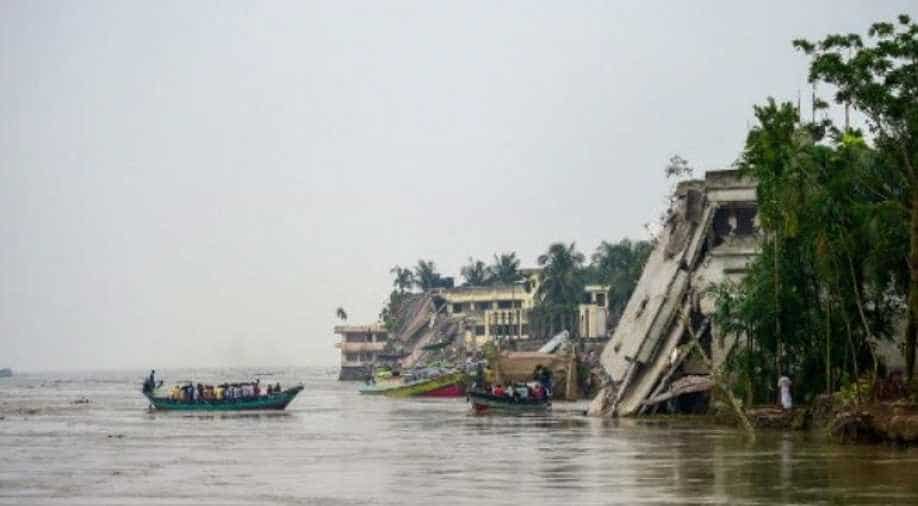 The court on Monday published a landmark verdict on a 2016 petition filed by a Dhaka-based rights group, saying all of the country's hundreds of rivers would now be treated as legal persons, litigator Manzil Murshid said.

Bangladesh's high court has granted the country's rivers the rights and status of "living entities" in a bid to save them from encroachment, a lawyer said Tuesday.

The court on Monday published a landmark verdict on a 2016 petition filed by a Dhaka-based rights group, saying all of the country's hundreds of rivers would now be treated as legal persons, litigator Manzil Murshid said.

"We filed the petition to save our rivers from powerful encroachers. The court has declared that all the rivers should now have the same rights as legal persons or living entities," he told AFP.

The verdict came just months after the country, much of it crisscrossed by thousands of streams, tributaries and rivers, became the fourth nation after Colombia, India and New Zealand to honour its waterways with such status.

The court appointed the country's River Conservation Commission as the legal guardian of all waterways and directed other state agencies to fully assist them.

Experts said the verdict would save rivers from illegal encroachment in the densely populated country of 165 million people and where land is precious as gold.
They said many of the country's rivers are struggling to survive thanks to illegal sand dredging and large-scale industrial pollution.

"This verdict is very good news for us. We hope the commission can now work freely and save the rivers from premature deaths," said Sheikh Rokon, a spokesman for the Riverine People group.

He said the high court would empower the commission to take strict action against encroachers, polluters and illegal dredging companies.

"We feel strengthened. It reminds us the rivers are not anybody's property. We can now enforce a zero-tolerance policy against encroachers," he told AFP.

Bangladesh's river transport authority has already started a massive eviction drive along the banks of the rivers around the capital Dhaka, demolishing over 4,000 illegal establishments since January.

The authorities have recovered some 190 acres (77 hectares) of land during the drive.

Most of Bangladesh's rivers are branches and tributaries of two main Himalayan rivers the Ganges and the Brahmaputra which flow through Bangladesh before reaching the Bay of Bengal.