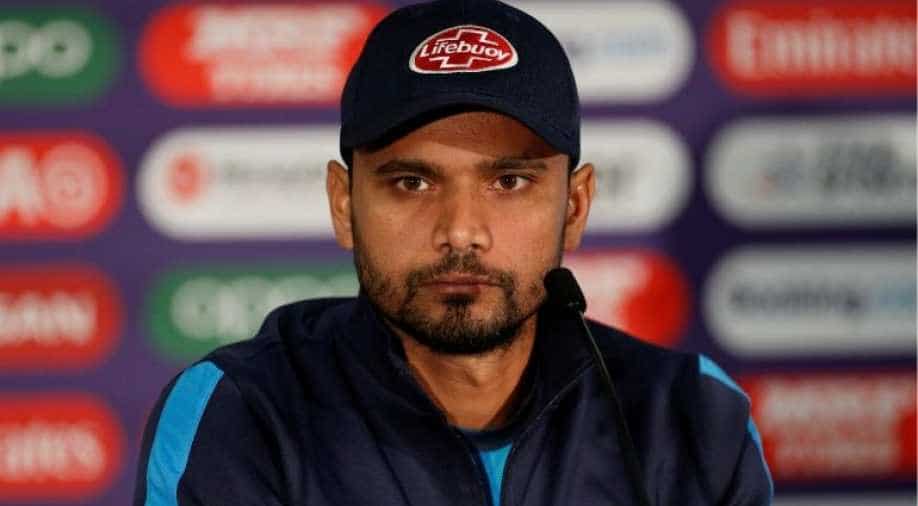 Bangladesh is a Muslim-majority nation. But it has cultural influence of Durga Puja festival. This year, the festivities have been marred by anit-Hindu violence

Former captain of Bangladesh cricket team Mashrafe Mortaza has come forward condemning the anti-Hindu violence taking place in various corners of Bangladesh. In a Facebook post, he said this was “not the red and green we wanted to see”. This was an apparent reference to the colours that make the Bangladesh flag.

“We witnessed two losses yesterday. One was Bangladesh cricket team’s, which was painful. The other was of the whole Bangladesh – one that has shattered my heart. This is not the red and green we wanted to see. So many dreams, so many hard-earned victories lost in a flash. May Allah guide us,” he wrote in his Facebook post written in Bangla.

Bangladesh, a Muslim-majority nation, has a huge cultural influence of Hindu festival of Durga Puja in which Goddess Durga is worshipped. This year however, the celebration of the festival has been marred by anti-Hindu violence.

Mortaza was apparently referring to the communal violence that took place on Sunday in the town of Rangpur where at least 29 Hindu homes were set on fire.

Last week a copy of Quran was placed in a Durga Puja pandal in Nanua Dighir Par in Comilla.

Spate of violence even prompted Bangladesh Prime Minister Sheikh Hasina to publicly condemn the acts. She warned that those spreading violence will not be spared. Till now, at least 72 cases have been registered and 475 persons have been arrested in Bangladesh.