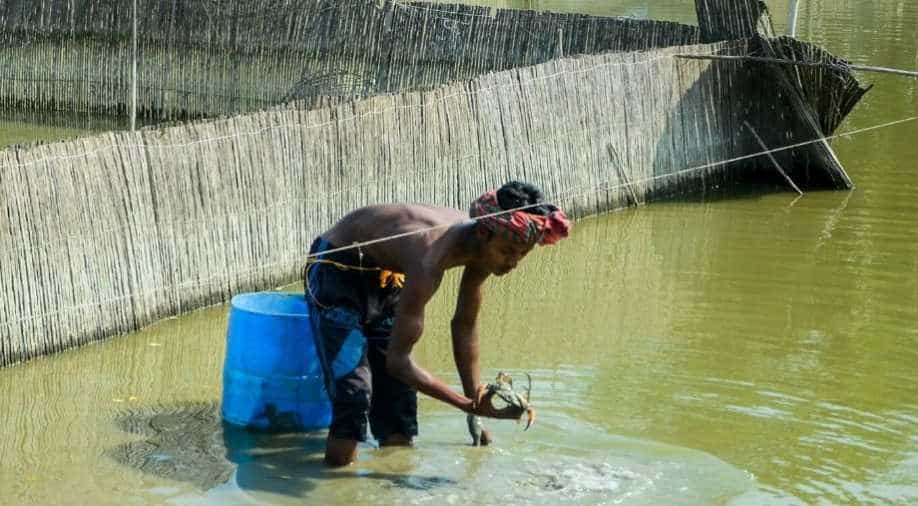 Many farmers had borrowed from banks and money lenders at high-interest rates to boost stocks ahead of the Lunar New Year.

Thousands of tons of Bangladesh crabs earmarked for Chinese dining tables are being left to rot because the coronavirus has halted exports.

The Bangladesh crab industry -- which involves some 500,000 mostly poor farmers -- is facing its worst-ever crisis as some 90 per cent of all crabs from the $30-million market are exported to China.

Farmers told AFP not a single shipment of crabs was flown to China since exports were halted in the last week of January.

That period is usually the busiest of the year because of the Lunar New Year, where Chinese families have lavish banquets.

Many farmers had borrowed from banks and money lenders at high-interest rates to boost stocks ahead of the Lunar New Year.

"My stock is 70 per cent damaged and if I cannot move the rest in a day, those (the rest) will die too," Bidyut Ghosh, a crab farmer from the southwestern town of Paikgacha, told AFP.

The crabs are harvested live and can survive for up to 10 days in the right conditions, but once taken from their ponds they can't be returned without losing quality and condition.

Crab trader Ranjit Mondol -- from in the coastal district of Bagerhat where some 12,000 tonnes or 72 million crabs were produced last year -- said prices usually doubled or tripled at this time of the year.

"I have lost over 12 tonnes of live crabs in the past week. That was worth at least $420,000," Mondol he told AFP as he broke down in tears, adding that he had taken out a big loan.

"Now I don't know how would I even pay my debts. Perhaps I will end up in jail."

Mondol is among thousands who switched to crab farming as their paddy fields turned barren as climate change increased soil salinity.

"The Chinese ban... will shatter many farmers and send them back into poverty," Mondol said.