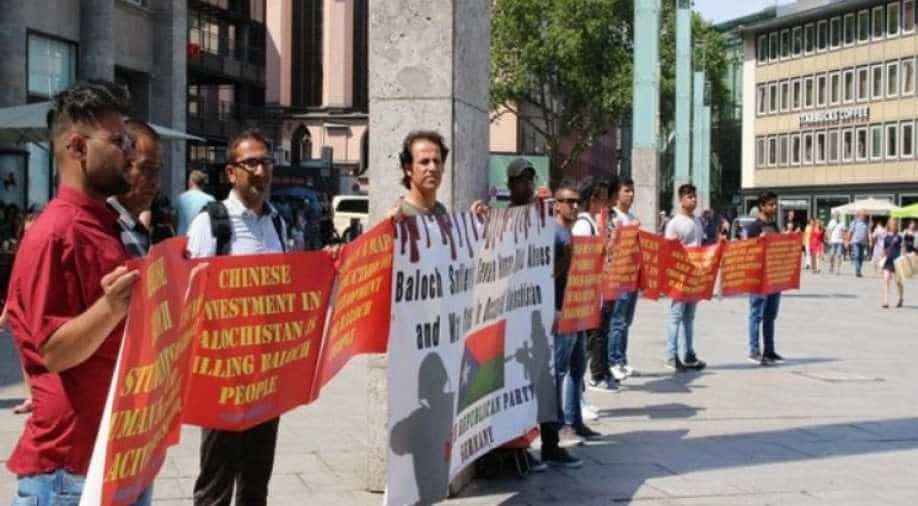 The protestors raised slogans such as 'stop military operations in Balochistan', 'Pakistan terrorist', and 'Pakistan is Taliban'.

The Baloch Republican Party (BRP) has organised an anti-Pakistan protest outside the country's consulate in Frankfurt.

The demonstrators accused Pakistan of carrying out atrocities against Baloch people through military operations, as well as for promoting terrorism and killing innocent people.

The protestors raised slogans such as 'stop military operations in Balochistan', 'Pakistan terrorist', and 'Pakistan is Taliban'.

Some Pakistani supporters gathered outside the consulate to disrupt the peaceful protest by the Baloch.

The BRP on Sunday also organised seminars in different countries to commemorate the martyrdom anniversary of prominent Baloch leader Shaheed Nawab Akbar Khan Bugti, known as the father of the nation.

Baloch activists are running a campaign on social media since August 1 to pay homage to Shaheed Nawab Akbar Bugti.

One of these seminars were held in Frankfurt, Germany, where Baloch leader Nawab Brahumdagh Bugti, while addressing the participants, said that Khan Bugti taught them how to defend their motherland and his vision would guide them further in the struggle of Balochistan rights.

Pakistan journalist Taha Sidique, Dr Pervaiz Hoodbhoy, and activists from Pashtun and Sindhi communities attended the seminar and paid the richest tributes to Nawab Akbar Bugti for his great sacrifices.

Similar events are taking place across Balochistan and abroad in commemoration of Shaheed Nawab Akbar Bugti on his martyrdom anniversary.