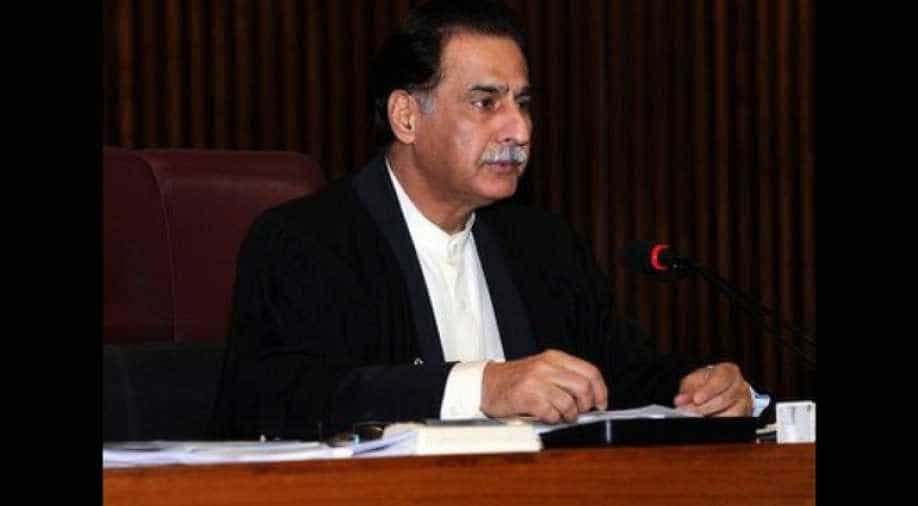 Pakistan Interior Minister Ejaz Shah has said to the media that the Imran Khan government is thinking over registering a treason case against Pakistan Muslim League-Nawaz (PML-N) leader Sardar Ayaz Sadiq as police have received a number of complaints against him.

Ayaz Sadiq's revelation that India would have attacked Pakistan at "night by 9 pm" if Wing Commander Abhinandan Varthaman wasn't released had created ripples in the Imran Khan-led PTI government.

"I remember Shah Mahmood Qureshi was in the meeting in which Imran Khan had refused to attend and Chief of Army Staff General Bajwa came into the room, his legs were shaking and he was perspiring," Sadiq said in Parliament, adding, "Foreign minister Qureshi said for God's sake let Abhinandan go, India’s about to attack Pakistan at 9 pm".

Posters of Sadiq have also appeared in Lahore, dubbing him a "traitor".

Wing Commander Varthaman's MiG-21 Bison fighter aircraft was shot down by Pakistan's F-16 fighter during a dog fight on February 27 last year. Pakistan later returned Abhinandan to India who came back from the Attari-Wagah border on March 1, 2019.