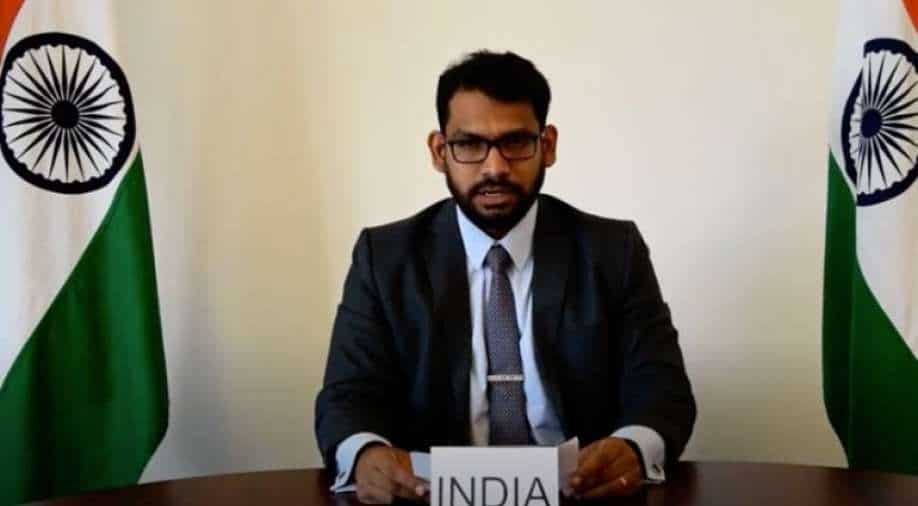 Pawan Badhe, India's First Secretary at the Indian mission to the UN in Geneva. Photograph:( Twitter )

Slamming Pakistan, India's First Secretary at the Indian mission to the UN in Geneva, Pawan Badhe, said, "The plight of minorities in Pakistan is evident from their shrinking size. Forced conversions" have become a daily phenomenon in Pakistan. "

India has raised the issue of minority persecution in Pakistan at the United Nations Human Rights Council, particularly the forcible conversion of girls. The country has seen many cases of conversion of minorities, drawing global headlines.

Slamming Pakistan, India's First Secretary at the Indian mission to the UN in Geneva, Pawan Badhe, said, "The plight of minorities in Pakistan is evident from their shrinking size. Forced conversions" have become a daily phenomenon in Pakistan. "

"We have seen reports of minor girls from religious minorities being abducted, raped, forcibly converted, and married," he said. More than 1000 girls, belonging to religious minorities, are forcibly converted in Pakistan every year. “The kidnappings of two Sikh girls, Jagjit Kaur in 2019 and Bulbul Kaur in 2020, have sparked widespread outrage. Jagjit was the daughter of a Granthi and later converted to Ayesha Bibi. 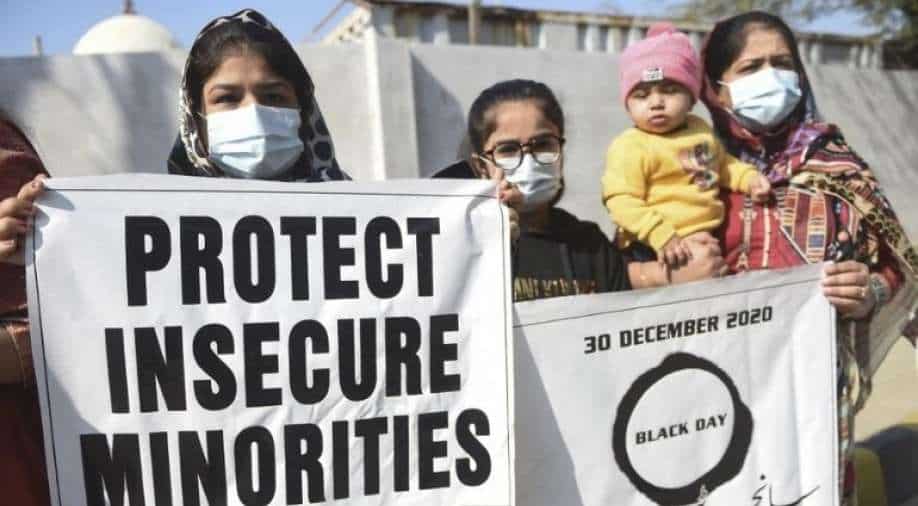 A file photo of a protest held by members of the Pakistan Hindu Council in Karachi. (AFP Photo)

Badhe pointed out the "systemic persecution of minorities" like Christians, Ahmadiya, Sikhs, and Hindus through "draconian blasphemy laws, forced conversions and marriages and extrajudicial killings" has become a "regular phenomenon in Pakistan" with "holy and ancient sites of religious minorities in Pakistan have been attacked and vandalized."

December 2020 saw a Hindu shrine being demolished by an extremist mob in northwestern Khyber Pakhtunkhwa province. The demolition happened after a local cleric, Maulvi Mohammad Sharif, incited a mob to demolish the shrine.

During the address, the Indian diplomat talked about how the country uses terror as its "state policy" and "continues to provide pensions to dreaded and listed terrorists and hosts them on its territory" and it is "high time that Pakistan is held accountable for aiding and abetting terrorism."

Pakistani PM Imran Khan has publicly admitted in the past that his country has hosted terror groups and once even called Al Qaeda leader Osama Bin Laden a "Martyr".

On the lines of that Pakistani Foreign minister, Shah Mahmood Hussain Qureshi in an interview had hesitated to term Osama bin laden a terrorist. In an interview with Afghan New Channel Tolo News' Lotfullah Najafizada, on being asked "Is Osama bin Laden a martyr? Do you agree or disagree?" Qureshi said, "I will let that pass."