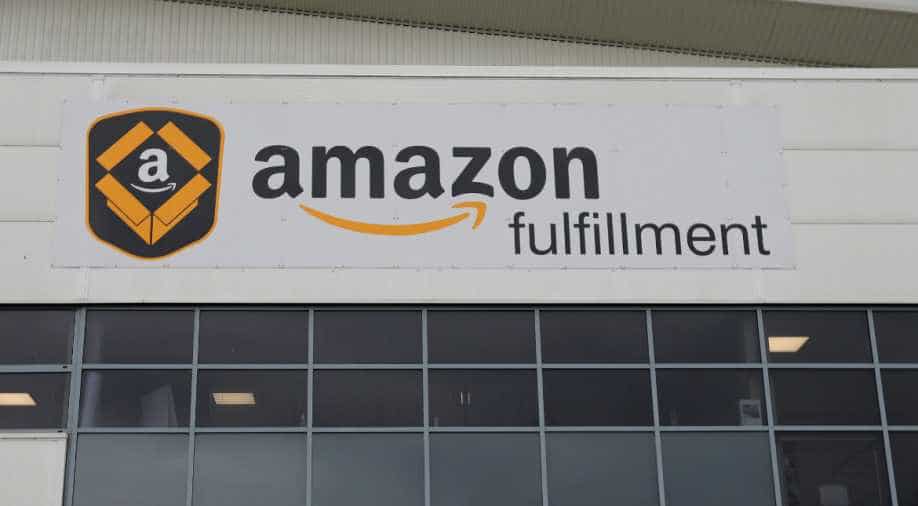 Pictures depicting Mahatma Gandhi, split into two, being sold on Amazon.com has come as another shocker for India. Photograph:( Getty )

Global e-tailing giant Amazon appears to be headed for another round of confrontation with the Indian government.

Days after it discontinued the sale of doormats with the Indian flag on them -- following an angry reaction from India’s foreign minister -- the online retailer once again finds itself in the middle of a brewing controversy, this time over slippers that have a picture of Mahatma Gandhi on them.

Even as the dust had barely settled on the episode involving sale of doormats showing Indian flag on Amazon’s Canada portal, flip-flops depicting Mahatma Gandhi’s picture, split into two, being sold on Amazon.com for 16.99 US dollars has come as another shocker for India.

Shockingly, Cafepress—the third party vendor who is selling these flip-flops on Amazon—has, on its own web portal, a full line of such slippers having pictures that are sure to raise hackles in India.

· In addition to several variants of Mahatma Gandhi’s pictures on these flip-flops, the one which may be found even more offending is the one that shows the    Mahatma sitting with a gun in his hand.

· There’s another pair of flip-flops that has Lord Shiva’s picture on them.

· Similar flip-flops having India’s tricolor are also up for sale on Cafepress portal.

Only a few days back, Amazon's Canada portal was in soup for selling doormats depicting the Indian flag, causing India’s foreign minister Sushma Swaraj to take to Twitter seeking an unconditional apology and withdrawal of all products insulting India’s national flag. “If this is not done forthwith, we will not grant Indian visa to any amazon official. We will also rescind the visas issued earlier,” Swaraj had warned.

Within hours of Swaraj’s warning, Amazon’s top brass wrote to her expressing regrets & indicating that the item had been pulled from the website.

But this latest episode appears to have once again ignited the discussion over disrespect to India’s national symbols and leaders.

Ever since news of these slippers with Mahatma Gandhi’s pictures surfaced, the Amazon page selling these slippers has been flooded with comments from users, mostly Indian, seeking removal and banning of such products.

“Amazon please ban this seller (and take further action if possible) for spreading hate and hurting sentiments of people of India and his followers around the world. MK Gandhi is a very respected figure in India and around the world, and having flip flops with his face, shows the disgusting and dangerous precedence this seller (sick minded and arrogant ) is setting,” one Rahul Lokare wrote on the amazon webpage selling these slippers.

The only other case to have surfaced recently is that of a California-based company recalling a model of military-style boots after a customer pointed out that the soles leave imprints of “swastika”—a sacred religious symbol in Hinduism and several other religions.

Amazon, where these boots were being sold, has since then removed the product from its listings.

Following the Indian flag doormat episode, India has directed its ambassador in Washington to convey to Amazon that while providing a platform for third-party vendors they should respect Indian sensitivities and sentiments.

A formal reaction on the Gandhi flip-flops from India’s Ministry of External Affairs is expected soon.

Amazon, too, is yet to clear the air on the matter.

The last on this, clearly, has not been heard yet.