Allies or puppets? Nepal's movement around border raises questions about its friendship with China 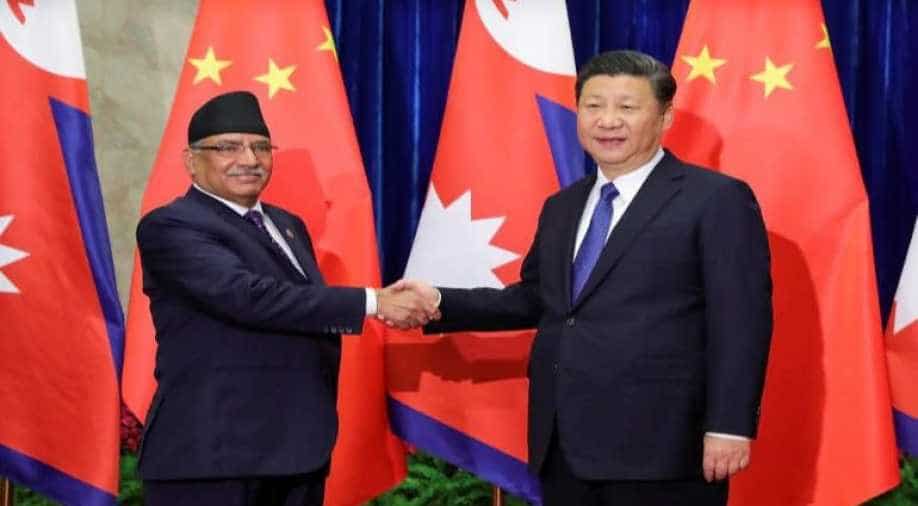 Nepal is indulging in unprecedented provocation, and not just in map fixing. While map fixing was bad, at least that was only on paper. The recent developments are on ground, as Nepal has deployed troops on its border with India.

China is not just directly engaged with India, but it is fighting proxy battles too. Case in point: Nepal.

Nepal is a small Himalayan country of 26 million people, with a GDP of 19 billion dollars.

It was once described as the 'yam between the two rocks', by the founder of Modern Nepal, Prithvi Narayan Shah. Little did he know that in 2020, in the middle of a pandemic, the yam would be squashed by one rock.

For Nepal, its alliance with China has come at a very heavy cost. Kathmandu has lost its identity, and is dancing to the tunes of China.

Nepal is indulging in unprecedented provocation, and not just in map fixing. While map fixing was bad, at least that was only on paper. The recent developments are on ground, as Nepal has deployed troops on its border with India.

This has never happened before. The Nepali army has built a helipad, and is planted tents. All of this drama is playing out in Dharchula, which is just 80 kilometers from the Chinese border.

While playing around with a map is one thing, deploying troops is another. The former is not okay, but the latter counts as military provocation.

This is very uncommon for Nepal. This has also made it clear that Nepal and China are not just friends or allies, but Chinese government has made Mr. Oli's government as its puppet.

Earlier today, the Nepal Communist Party held a workshop along with the Chinese Communist Party. Apparently, the two sides wanted to share experiences on running the party and the government. A similar workshop was held last year, few weeks before Xi Jinping's visit to Nepal.

There are two takeaways from this so-called virtual worship. First, there is no real sharing of experiences here. These are virtual schools being runs by the CCP. Comrade Oli and his team are being coached by the CCP.

A line from the statement of Pushpa Kamal Dahal, also known as Prachand. He is the chairperson of the Nepal Communist Party -- the ruling party in Kathmandu.

Prachand told the gathering that the relations between Nepal and China are 'nurtured on the basis of sovereign equality'. He was once viewed as India's man, trusted to counterbalance Oli.  However, that's not the case anymore.

Another important thing to note is the the timing of this virtual meet. It comes a day after Nepal constitutionally adopted a wrong map, claiming India's territories as its own. It also comes four days after the Galwan skirmish

Four days after so many lives were lost, Nepal's ruling party is taking classes from the CCP.

Mr. Oli is proving to be a fast learner. The first thing he has picked up from the CCP is how to ignore the problems of his people, and that's exactly what he's doing -- turning a blind eye to the problems in Nepal.

The first problem that Nepal locals are facing is the novel coronavirus, which has made over 9,000 people sick in Nepal.

Healthcare in Nepal is a mess. Plus, there's a humanitarian crisis, as some 25,000 Nepali citizens are stranded abroad, without jobs.

Nepal's apex court has asked the government to evacuate them. It had to step in to remind Mr. Oli of his duty as a Prime Minister.

Another problem is the caste-based violence. A 21-year-old Dalit man was recently killed in Nepal. There are have been over 33 cases of violence against Dalits this year. There were at least 84 cases in 2019. There are thousands on the streets protesting these incidents. They have caught the attention of the United Nations and the European Union.

However, Mr. Oli is learning from China to not to care about human rights either.

The next problem is the crippling economy, again affected by the coronavirus. There is no money coming in to Nepal, and no tourists either. Remittances are expected to slide by 14 per cent this year, as per World economic forum.

Interestingly, remittances represent more than a quarter of Nepal's economic output. Any good government would understand the gravity of this situation. But Mr. Oli's poor governance is the reason behind his failed delivery.

Now his politics depends on fanning anti-India sentiment. Ultra-nationalism is politically profitable in Nepal, but remember the law of diminishing returns, and the significance of timing.

Now is not the time to construct helipads, or move troops. And it is never a good time to burn bridges with a friendly neighbour, especially one on whom you depend so heavily.