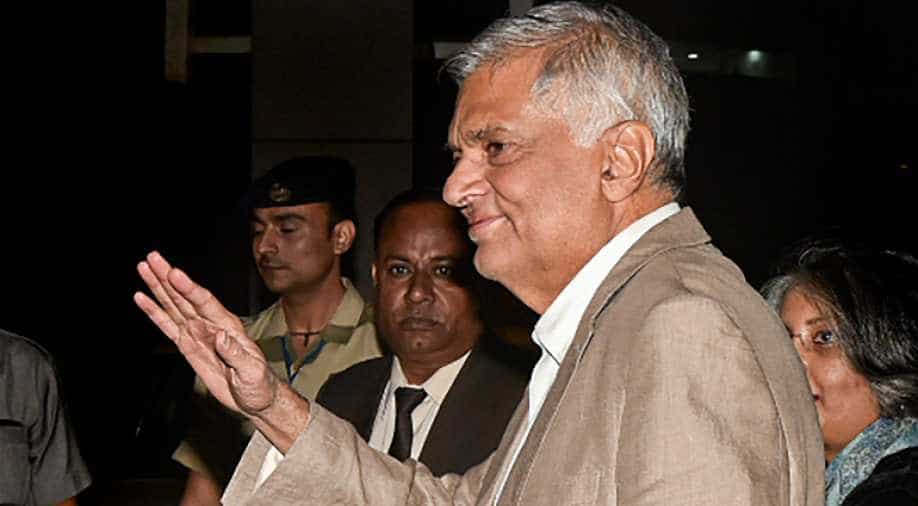 Ahead of Lankan PM Wickremesinghe's visit to India, the Lankan government dropped a $300-million housing deal with China for a joint venture with an Indian company.

PM Wickremesinghe is in India for a three-day visit. The Lankan PM is expected to boost trade ties during his visit. Wickremesinghe and PM Modi will hold wide-ranging talks on Saturday.

Lankan government spokesman Rajitha Senaratne had said on Thursday that the cabinet had approved a new proposal for 28,000 houses worth 210 million to be built by Indian firm ND Enterprises and two Sri Lankan firms in the north and east.

The Lankan spokesman said that 65,000 new homes were needed under the project.

"The rest of the houses will be given to firms which are ready to build them at lower prices," the Lankan government spokesman said. Senaratne, however, did not rule out China's bid declaring that it could be considered for the next round.

China's foreign ministry spokesman Lu Kang said China's cooperation with Sri Lanka was derived from consultations on an "equal footing" while adding that he hoped that cooperation would be viewed "objectively".

Sri Lanka has been viewing Chinese investment very closely after it failed to pay $1.4 billion for the Hambantota port last year resulting in handing over of the deep-sea port to China.

The Hambantota port is viewed by experts as a key link for China's One Belt, One Road(OBOR) initiative which seeks to open trade across Asia, Africa and Europe. US vice-president Mike Pence had said earlier that Hambantota “may soon become a forward military base for China’s growing blue-water navy”, which was denied by Lankan officials later.

PM Wickremesinghe’s office dismissed US apprehensions asserting that there will be "no foreign naval bases" in Sri Lanka. Last year, the US had granted Sri Lanka $39 million to boost maritime security.

In 2016, the IMF had bailed out Sri Lanka which was reeling under $1.5 billion loan.