Ahead of no-confidence vote, Imran Khan's bizarre warning to dissenters: 'No one will marry your children' 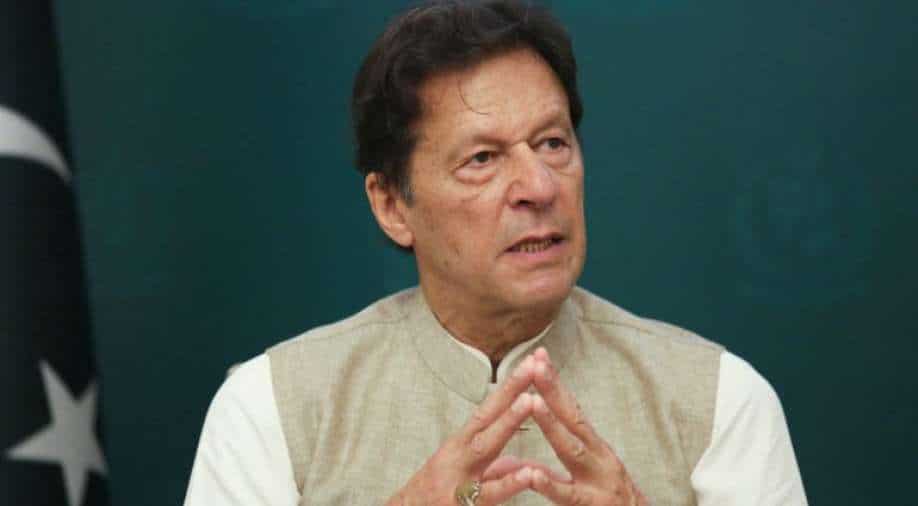 Imran Khan said, "I would forgive you like a father, or face disrespect in the society"

Pakistan Prime Minister Imran Khan has issued a bizarre warning to the party members who are planning to go against him in the no-confidence vote.

During a public rally on Sunday (March 20) in Pakistan's Khyber Pakhtunkhwa province, Khan said, "Your children and families would lose respect and honour in society. No one will marry your children."

"People will neither trust you nor respect you. Masses are aware of the situation and what is happening in the country. This is the age of social media. It's difficult to hide anything from them," he added.

The cricketer-turned-politician further said, "I would forgive you like a father, or face disrespect in the society."

Pakistan's PM is set to face a vote of no-confidence and the country's National Assembly Speaker Asad Qaiser has summoned a session of the Lower House at the Parliament in Islamabad on March 25 for a no-trust motion against Khan.

Imran Khan's party Pakistan Tehreek-i-Insaf (PTI) is facing an internal revolt, with several Members of the National Assembly (MNAs) deserting it and joining the opposition ranks.

The MNAs numbering about two dozen, fearing backlash from the PTI central leadership and the cadres, lodged themselves at the Sindh House.

European Times said in its report that the dissenters openly threatened to vote in favour of the no-confidence motion.

The lawmakers alleged that the PTI government led by Khan was responsible for the economic crisis and the spiralling inflation in the country.