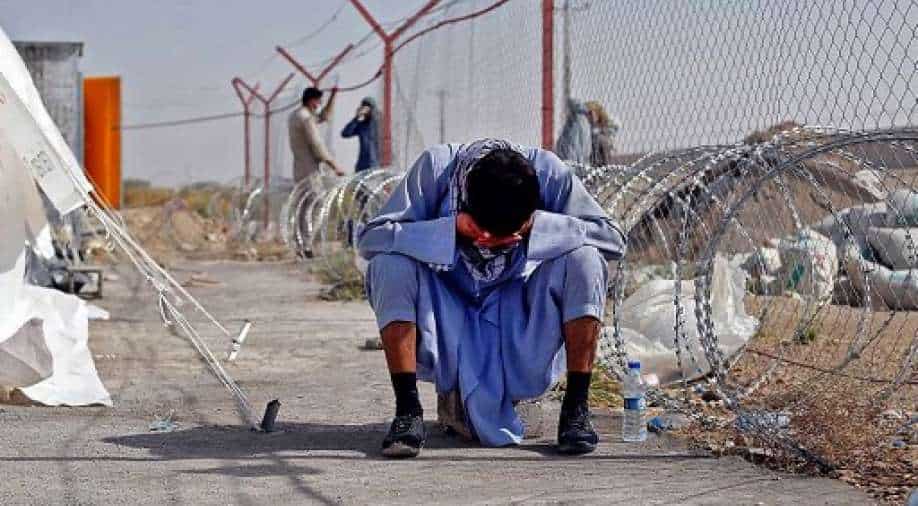 An Afghan man at the Iran-Afghanistan border Photograph:( AFP )

Turkey President Erodgan had said his country will not be able to take anymore Afghan migrants.

As the Taliban begins its control over Afghanistan, reports say up to 1000 Afghans have been entering Iran from Dogharoun border crossing.

Dogharoun is located close to Afghanistan's Herat city which had fallen to the Taliban earlier this month. According to Iranian media, at least 2,000 Afghan nationals have been requesting entry into the country.

UN refugee agency UNHCR had said earlier that half a million Afghans could leave the country amid the Taliban's takeover. The UNCR had appealed to Afghanistan's neighbours to keep their borders open.

Turkey which shares its border with Afghanistan has reportedly reinforced the fence and detained Afghan migrants who have entered the country in recent weeks.

President Erodgan's government had declared last week that it was pulling troops out of Afghanistan. At least 500 non-combat Turkish troops were in Afghanistan as part of the NATO mission.

Turkey's defence ministry said: "The Turkish Armed forces are returning to our homeland with the pride of successfully fulfilling the tasks entrusted to it."

"It is important for Afghanistan to stabilise," Erdogan said even as the president had earlier declared his intention to secure Kabul airport before the Taliban's surge into the capital. Erdogan later dropped his plan to allow Turkish guards to provide security to Kabul's strategic airport.

The European Commission had said earlier that at least 550,000 people have been internally displaced since the beginning of 2021.

The EU had said it would "intensify" cooperation with Pakistan, Iran and Tajikistan to ensure Afghan migrants are allowed in the neighbouring countries.