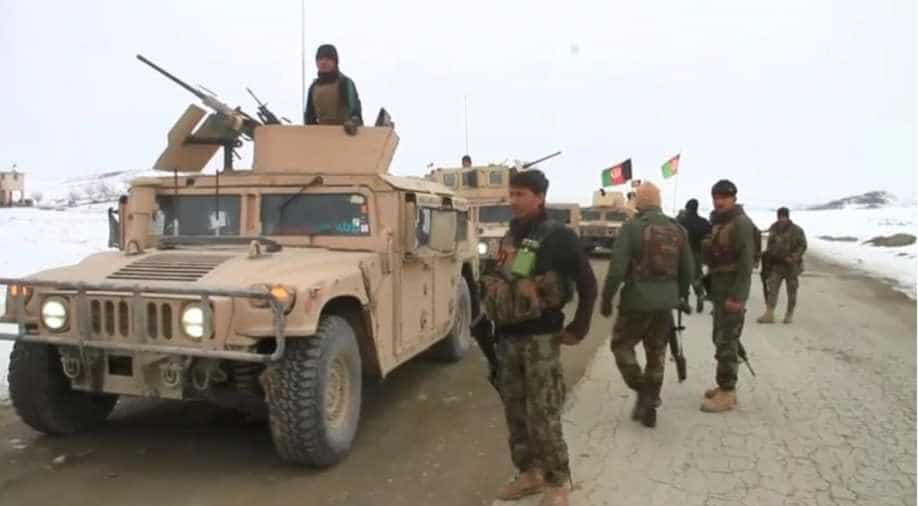 In the official statement, the spokesperson also announced that all the crew members on board have been killed in the crash.

Hours after a plane crashed in Afghanistan's Ghazni province, Taliban claimed responsibility of the incident and confirmed that it was a US military aircraft, spokesperson of the insurgents' group said on Monday.

In the official statement, the spokesperson also announced that all the crew members on board have been killed in the crash.

"The plane, which was on an intelligence mission, was brought down in Ghazni province," Taliban spokesman Zabihullah Mujahid said in a Pashto-language statement.

So far, there is no confirmed report that how many people were on board the plane which came down at around 1:10 pm in Deh Yak district of Ghazni.

Authorities have launched an investigation into the matter.

"We are heading towards the site of the plane which crashed due to technical issues. Afghan police, army and commandos are tasked to go to the area and assess the situation," Afghan Army commanded Turialal Hadi said.

Soon after the reports of the crash, there were also multiple media reports which claimed that the plane belonged to Ariana Afghan Airlines; however, the company denied the reports on social media.

"All the flights of Ariana Afghan Airlines have been completed normally," a statement on the carrier's verified Facebook page read.

On January 9, two military personnel were killed in a helicopter crash in Porchaman District of Farah province.

Crashes involving military flights, particularly helicopters, are common in Afghanistan where inclement weather and creaky aircraft are often pressed to their limits in the war-torn country -- and where insurgents have been known to target helicopters.

The last civilian flight to crash was in May 2010, when an ageing Pamir Airways plane went down in bad weather during a scheduled flight to Kabul from the northern province of Kunduz.

It was carrying six crew and 38 passengers when it crashed into a mountainside 20 kilometres (12 miles) from Kabul.