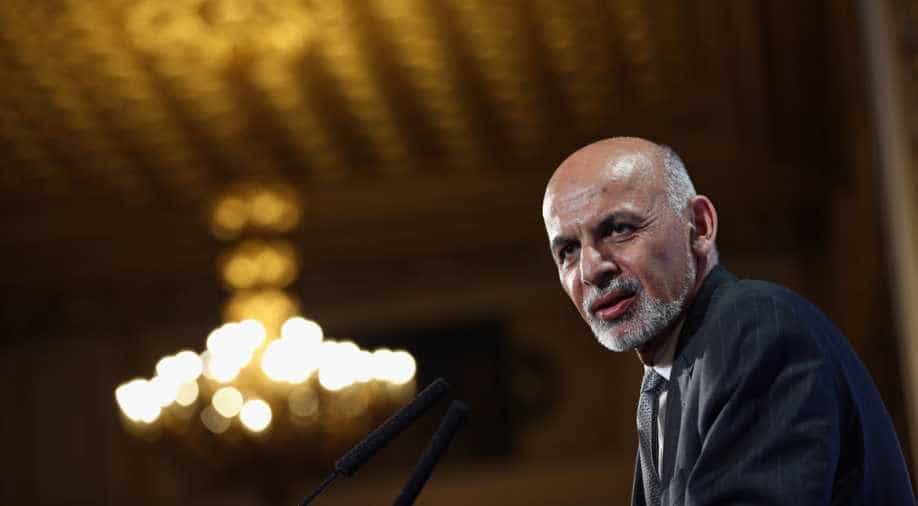 The two-day conference, jointly hosted by the Afghan government and the United Nations, will evaluate whether strategies and aid are helping to resolve the quagmire created by Afghanistan's 17-year war

Afghanistan President Ashraf Ghani made an investment pitch at a UN conference on Tuesday, describing the business opportunities and challenges in a country where millions are displaced or close to starvation.

The two-day conference, jointly hosted by the Afghan government and the United Nations, will evaluate whether strategies and aid are helping to resolve the quagmire created by Afghanistan's 17-year war, clearing the way for the withdrawal of foreign troops.

"It's a different Afghanistan. We're open for business, I hope you're open for partnership," Ghani said, setting out a vision that would enable growth of "nine per cent and in double digits".

"The main problem of the market is the firm," he said. "What we require is a national strategy of competition."

"We need to make a jump in energy, the way we took a jump in telecoms, going directly to mobiles instead of (land)lines," Ghani said.

The country also had $1 trillion in natural resources, and new mining and hydrocarbon laws have finally created the stable policy environment needed for investment, he said.

In a stark reminder of security challenges, three U.S. service members were killed and three wounded when an improvised explosive device detonated on Tuesday near the central Afghan city of Ghazni, the NATO-led Resolute Support mission said in a statement. The Taliban, who control large parts of Ghazni province, claimed responsibility for the attack.

Presidential Banking and Finance Adviser Ajmal Ahmady said laws passed in the last year had made it easier to start, invest in and close a business, and the next focus would be on making it easier to operate a business.

"We feel we’re finally ready to move from potential to production in our natural resources sector," Ahmady said.

The government has ended its monopoly in telecoms and planned to do the same in land development and other sectors this year and next, he said.

Afghanistan's location would also be "solid gold" in the next 50 years, at the crossroads of south, central and west Asia, a potential market of 4 billion people, Ghani said.

However, Afghanistan has the wrong education system to take advantage of the opportunities, and entrepreneurs could not get started because they lacked access to credit.

"Monetary policy is killing us," Ghani said. "In this environment entrepreneurial energy cannot be individual, it needs to become collective and supported."