Absence of good governance is discouraging investment in Bangladesh 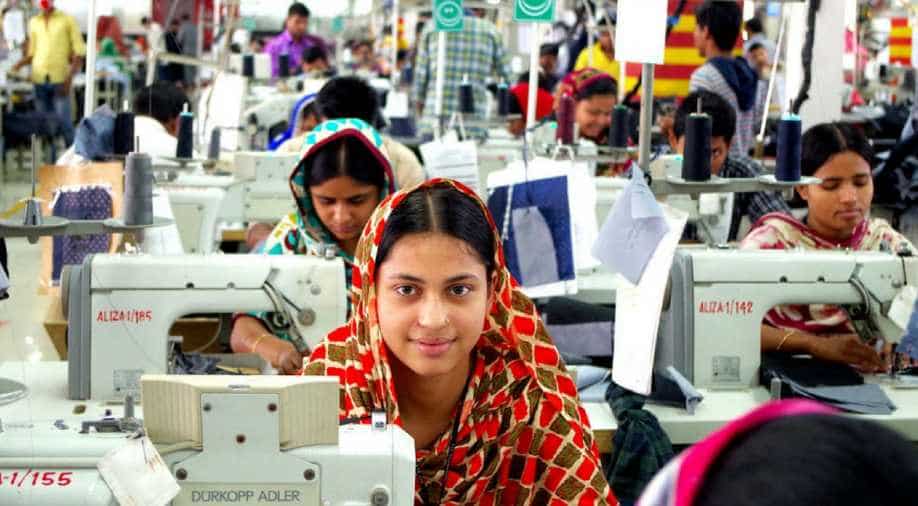 Workers at this garment factory in Gazipur, Bangladesh (Source: Flickr) Photograph:( Others )

A few years back The World Bank coined the phrase ‘Bangladesh Paradox’ with regards to Bangladesh’s steady economic growth despite the absence of good governance. And a lack of credible electoral democracy has been added to it since 2013.

Political economists were baffled by the average 6-7 per cent annual growth of Bangladesh's economy in the past few years. Even in last two decades, the growth rate average of Bangladesh was around 6 and never went below 5 which is quite good considering the faltering of south-east Asia in the turn of the century and the economic slump of 2008-09 in the west. The growth rate is one of the highest few in the world.

The saturated economies of the developed countries have very low growth. Also, the growth rate in the middle-income countries has slowed down for various reasons. China has maintained a spectacular double-digit growth rate for the last couple of decades and became the driver of the world’s economic growth. But, it has come down to 6-7 per cent now, which is similar to India. Also, the economic situation in Latin America is poor. In Africa, the rates are low barring few countries with natural resources where foreigners, especially the Chinese have recently invested.  Scholars of political economy invoked theories about nature of political settlements in Bangladesh and open deal and close deal legacy to explain the economic growth.

Export-oriented industries like readymade garments, leather products, processed food, ship building etc alongside the public spending in power, infrastructure and services have been the drivers of the growth in Bangladesh

Export-oriented industries like readymade garments, leather products, processed food, ship building etc alongside the public spending in power, infrastructure and services have been the drivers of the growth in Bangladesh.  In addition to the impressive economic growth rate, inflation has been under control and the country maintained a healthy forex reserve, thanks to the earnings of foreign exchange through exports and remittance inflow for the sizable worldwide Bangladeshi diaspora.

However, in the key area of domestic private investment, Bangladesh is lagging considerably which is also indicative of the quality of governance. The domestic capital formation seems good due to the expanding middle-class and the banks now have surplus liquidity. But, the number of takers are few despite the fact that borrowing rates have come down considerably. Native investors appear reluctant to borrow and invest. Hence, the growth potential is not being fulfilled.

Ideally, Bangladesh, with massive cheap labour,  should have been in a double-digit growth situation as China of two decades back. The difference is, in China’s case, the native investors were in action after the initial boost by Special Economic Zones. However, despite the reasonable success of similar Exclusive Economic Zone, the next stage involving native investors isn't happening in Bangladesh. Hence, the further growth potential is being wasted, and the high numbers of 15-20 million addition to the labour force every year, due to high population growth, can’t be absorbed properly in the employment market as it should have been.

The prime reasons for the lack of domestic investment are largely related to the bad state of governance in many areas and corruption. About 2000 new factories in Bangladesh are awaiting proper power connection to start or go for full capacity production. Unpredictability about the supply of required gas and electricity is deterring many other potential native investors to build industries.  Leverage offered by cheap labour is being negated by structural deficiency.

The Awami League government demonstrated some success in the power sector during its first term. But the momentum seems lost in the second. The other side of bad governance is bureaucratic red tape. Despite the matter being highlighted by the business community, ordinary citizens, media and the civil society nothing much has been done. Public servants continue to cause public sufferings. Coupled by the power crisis, the practices of bribing officials and rent seeking by politically affiliated lobbies (either as pure nuisance or getting a permission or sanction done) have increased the investment cost of domestic investors so much that they are unsure of the recovery of their money. The investors are not even sure whether they will be able to pay the loans back to the lending bank. Many of the foreign investors are less affected by the situation as they get some priorities in the EPZs with regards to power connections and other infrastructural facilities.

The condition in Bangladesh now isn’t ideal for freedom of expression or even universal features of civil liberty due to complex causal relations in its recent socio-political history.

Another related issue is a broader one; which is of accountability. The condition in Bangladesh now isn’t ideal for freedom of expression or even universal features of civil liberty. Due to complex causal relations in its recent socio-political history, Bangladesh has ended up in such state. The main political opposition in Bangladesh is also quite controversial and now being suppressed by the government and the ruling party machinery. The last general election was a one-sided story as the main opposition boycotted it. No one knows what will happen to the next election in 2019. The political office bearers and bureaucracy don’t look to be sufficiently answerable to the people or the civil society.

The leaders from all camps of Bangladesh badly need to reach some workable understanding and find a way out of this quagmire created by untenable governance and lack of accountability. Only then the full economic potential of the country will come to fruition.