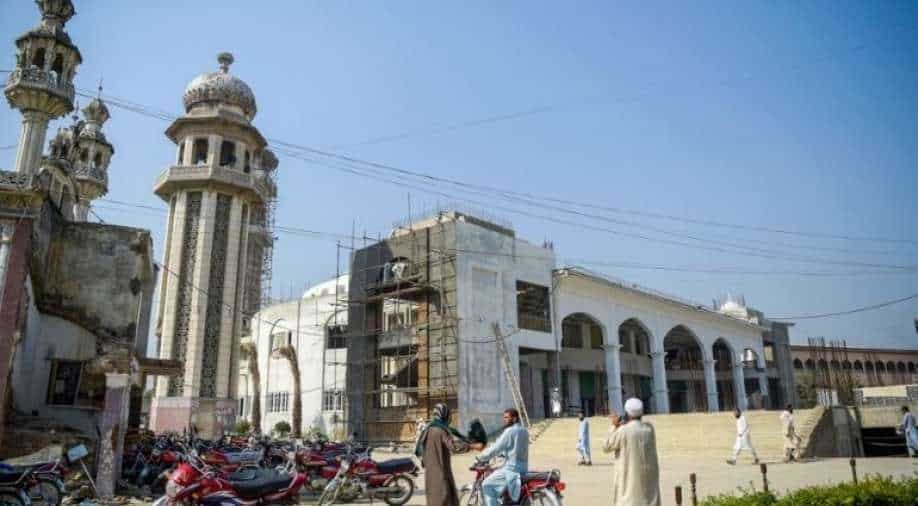 Maulana Yousaf Shah, a known cleric of Haqqania, proudly shares the list of former students of the seminary that later joined Taliban and reached its top brass

It is no surprise that several educational institutions in Pakistan give birth to extremism and radicalism, which eventually lead to terrorism.

And one such institution is Darul Uloom Haqqania seminary in Akora Khattak, about 60 kilometres (35 miles) east of Peshawar, which is dubbed as "university of jihad" by critics.

Maulana Yousaf Shah, a known cleric of Haqqania, proudly shares the list of former students of the seminary that later joined Taliban and reached its top brass.

"Russia was broken into pieces by the students and graduates of Darul Uloom Haqqania and America was also sent packing," said Shah to news agency AFP.

About 4,000 students are currently admitted in this seminary, which gives them free food and education.

Several Pakistani and Afghan refugees have also been given education in this seminary, where they are taught to initiate war against the Russians and Americans or spread jihad.

Despite, the links with terrorism, it has been given state support.

Darul Uloom Haqqania's leaders this month proudly acknowledged supporting the Taliban insurgency in Afghanistan in a video shared online, inviting the wrath of government in Kabul.

These institutions "give birth to radical jihadism, produce Taliban and are threatening our country", said Sediq Sediqqi, Afghan President Ashraf Ghani's spokesman, demanding their shut down.