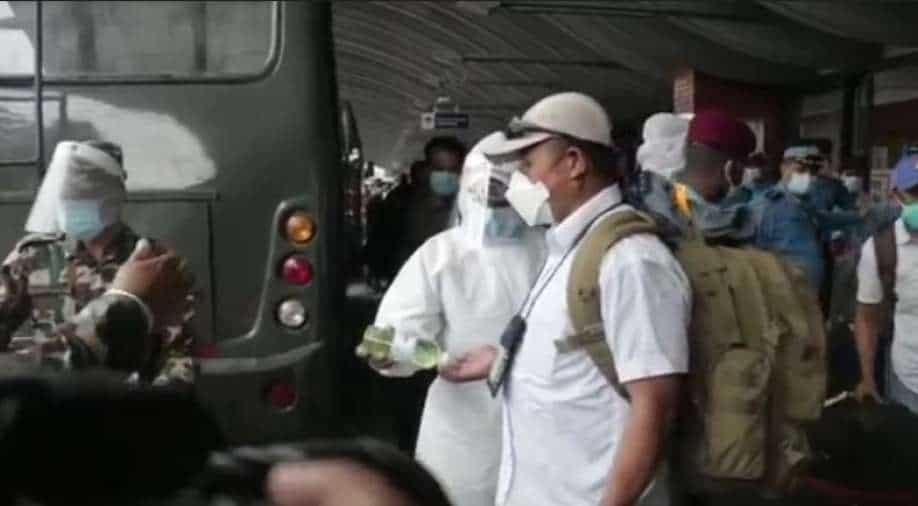 The Nepal government has already formed a task force to rescue and repatriate Nepalis stranded in Afghanistan after the recent political developments there. Photograph:( WION )

As many as 356 Nepalis in Afghanistan have registered their whereabouts on the Department of Consular Services’ web portal.

The Nepal government on Sunday confirmed the safe return of 504 Nepali nationals to Kathmandu from Afghanistan and affirmed that it is further coordinating and facilitating efforts to bring back its citizens who were rescued from Kabul and are in other countries.

The Ministry of Foreign Affairs issued a statement and outlined that the government was coordinating the return of Nepali citizens who were rescued from Kabul and reached Doha, Dubai, London and New Delhi.

“More Nepali nationals rescued from Afghanistan are in the process of returning to Nepal. So far, 504 people have been rescued and have returned to Kathmandu," the statement said.

As many as 356 Nepalis in Afghanistan have registered their whereabouts on the Department of Consular Services’ web portal, expressing their interest to return home.

The Task Force formed to facilitate the rescue of Nepali nationals from Afghanistan said it was coordinating with other nations who are conducting rescue flights to and from Kabul to bring back Nepali migrants.

The evacuees were tested for COVID-19 on their arrival and put in isolation centres.