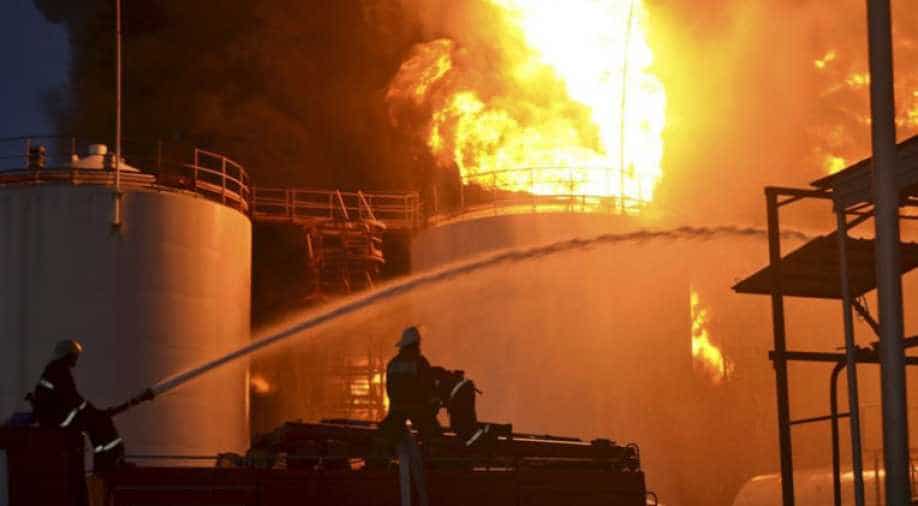 Fire fighters trying to extinguish a fire at a oil depot in Pakistan Photograph:( PTI )

The bodies of the workers killed in the fire have been retrieved, while the injured have been shifted to a local hospital.

At least four people were killed and as many injured after a huge fire broke out at an oil depot in central Pakistan's Faisalabad city, an official said on Tuesday.

The bodies of the workers killed in the fire, which broke out on Monday, have been retrieved, while the injured have been shifted to a local hospital.

Rescue teams along with 16 fire engines had reached the spot to extinguish the fire.

"Neither the district administration nor police were aware of this depot working in the area," District Emergency Officer Ahtisham Wahla told the media.

More than 30 employees were working at the facility which was operating illegally. Majority of them remained unhurt, the official said.

He also said that the owner of the facility had not taken any safety measures or installed equipment at the depot to protect the property and the workers from an accident.

The owner of the oil depot reportedly managed to escape after the fire.

The incident would be probed and the guilty would be punished, the official said.