Superman? No, it's a 'flying ship' 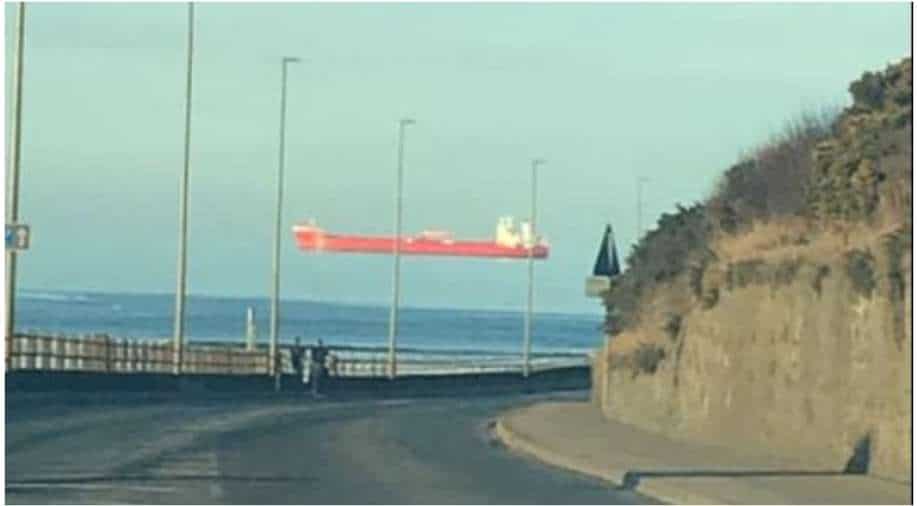 The ship off the coast of Cornwall appeared to be flying.

Superheroes are all in vogue and with WandaVision wrapping up its first season, it can be understood if all of us are in need for our superhero fix. This strange occurrence did not involve any, however. Didn't matter even if we wanted Superman to be secretly behind something that made a ship 'fly'.

Colin McCallum, a Scottish man, was going about his business like any other Scottish man would when he saw something that'll make anyone take notice. Moving before his very eyes was a ship that appeared to float well above water in the sea off Cornwall. The ship appeared to be flying.

He was quick to take a photo and post it on Facebook. The photo, quite obviously has gone viral.

Unfolding before him was nature's own 'laser show', so to speak. The ship appeared to fly because of a phenomenon called 'superior mirage'. This optical illusion occurs frequently in the Arctic but also takes place near UK. It is, however, a rare thing to witness near UK.

The superior mirage is formed due to a weather phenomenon known as temperature inversion. In this, an object beyond the horizon may appear above it due to temperature difference in layers of air over the sea.

Air closer to water is cold while that away from it is relatively warmer. This bends the light towards the observer standing on coast and may give rise to illusions such as this 'flying ship'.