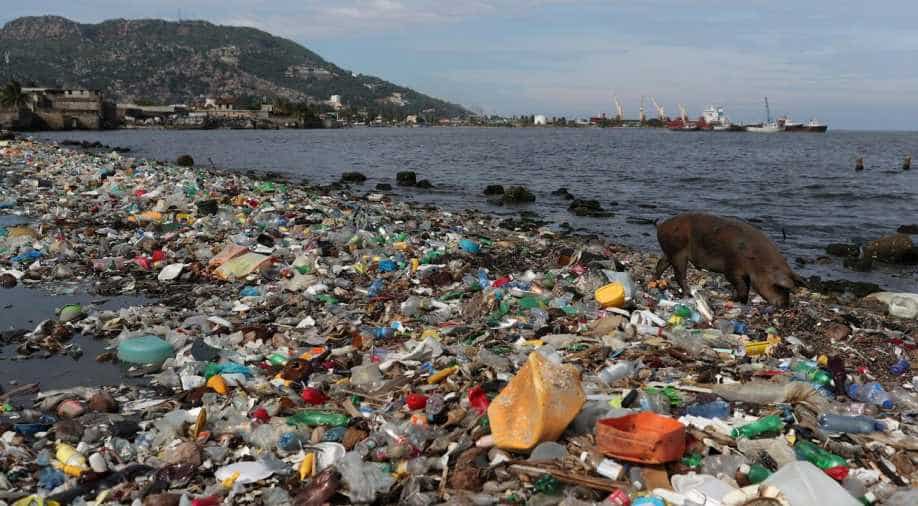 A total of 44 percent of the plastic litter is related to take-out food and drinks. This includes single-use bottles, food containers and wrappers, and plastic bags.

In a disturbing revelation, plastic from take-out and convenience food is littering rivers and oceans, as per a new study. The team of scientists analyzed global inventories cataloguing more than 12 million pieces of litter found in and around rivers, oceans, shorelines, and the seafloor, concluding that 8 out of 10 items listed were made of plastic.

BBC quoted study leader Dr. Carmen Morales of the University of Cadiz saying, "It was shocking to find out that bags, bottles, food containers and cutlery together with wrappers account for almost half of the human-made objects on a global scale". He further said, "We found them in rivers, on the deep seabed, on shorelines and floating off our coasts".

A total of 44 percent of the plastic litter is related to take-out food and drinks. This includes single-use bottles, food containers and wrappers, and plastic bags.

As per the researchers, measures to cut down on plastic pollution are welcome. However, they also recommend eradicating plastic from take-out food and drink.

The researchers have suggested three possible strategies for tackling the problem. First, by replacing plastic in take-out food and drink with more-easily degradable materials. Second, by bringing in regulatory bans on plastic that is not necessary. Third, considering deposit-refund schemes. This can be done to encourage shoppers to return take-out products.

Published in the journal Nature Sustainability, the study also highlights the problem of litter from fishing gear. This involves substances like plastic nets and ropes, which was the biggest problem in the open ocean.

As per the researchers, dumped and discarded nets and lines can be a threat for marine wildlife.

Earlier, a 2020 study highlighted that the amount of plastic waste flowing into the ocean and killing marine life could triple in the next 20 years. It can only be stopped if companies and governments 'drastically' reduce plastic production.

Winnie Lau, co-author of the study said, "Plastic pollution is something that affects everyone. It isn’t a ‘your problem and not my problem’. It’s not one country’s problem. It’s everyone’s problem. It’s going to get worse if we don’t do anything".