Indian, US researchers develop algorithms to get clearer images from futuristic lensless cameras 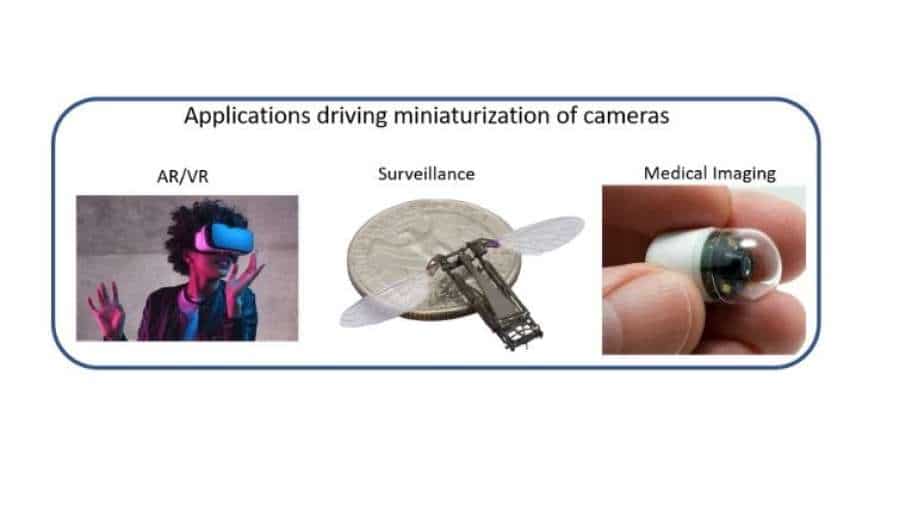 Lensless cameras are touted to be the future of miniature imaging technology, as they offer imaging capabilities similar to conventional cameras, but at much lesser weight and cost

Researchers from IIT Madras and Rice University, USA have developed algorithms for lensless, miniature cameras that have applications in augmented/virtual reality, security, smart wearables, robotics among others. Lensless cameras are touted to be the future of miniature imaging technology, as they offer imaging capabilities similar to conventional cameras, but at much lesser weight and cost. They're also nearly-flat cameras.

In conventional cameras, the lens enables light to be focussed onto an imaging sensor, which captures a sharp, detailed photograph. However, in lensless cameras the light will fall on many pixels (giving a blurred image), from which the final image has to be derived via a software.

In 2016, Prof. Ashok Veeraraghavan’s lab at Rice University registered success in making a low-cost and low-weight ultra-thin lensless camera. In these newly developed lensless cameras, a thin optical mask was placed just in front of the sensor at a distance of approximately 1 mm. However, because of the absence of focusing elements, the lensless camera captures blurred images restricting their commercial use. The algorithm developed by the teams carries out the function of reducing the bur in the images and making them of usable quality. 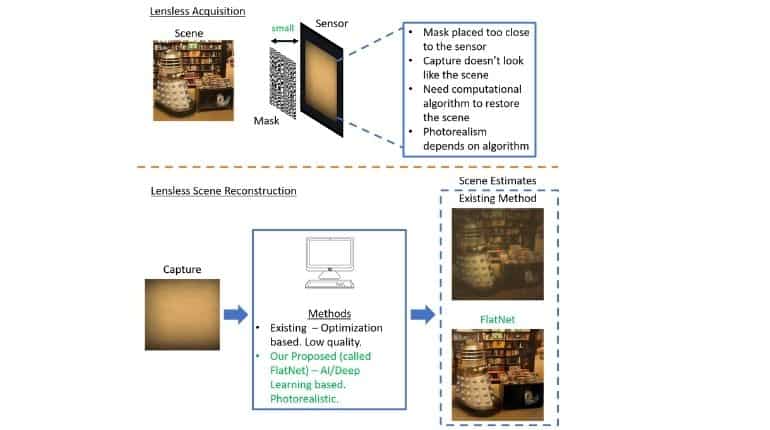 The findings were presented as a paper in the prestigious IEEE International Conference on Computer Vision and an extended version appeared in IEEE Transactions on Pattern Analysis and Machine Intelligence.

According to Dr. Kaushik Mitra, Head of Computational Imaging Laboratory, IIT Madras and Assistant Professor, Department of Electrical Engineering, the existing algorithms produce low-resolution, grainy images, whereas their method offers significant improvement. “Our Research team used Deep Learning to develop a reconstruction algorithm called ‘FlatNet’, which was found to be effective in de-blurring images captured by lensless cameras. We are working on designing newer and better lensless cameras using data-driven techniques, devising efficient algorithms for  lensless captures and looking into important applications like endoscopy and smart surveillance” he added.