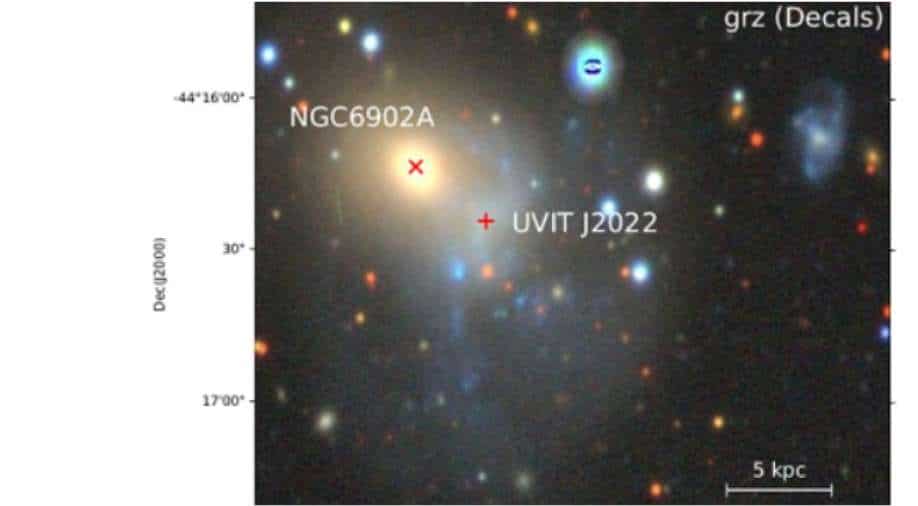 (Image: Government of India) The galaxy Photograph:( Others )

Indian astronomers in collaboration with their French counterpart, have found a galaxy that has a 'ghost-like' appearance. Stars are very much being formed in this galaxy. This faint galaxy was previously unseen due to the presence of a bright galaxy.

The galaxy was found by a team of researchers the Indian Institute of Astrophysics, Bengaluru and a French astronomer from College de France, Paris. The team consisted of Jyoti Yadav, Mousumi Das and Sudhanshu Barway and Francoise Combes.

India's Ministry of Science and Technology has made announcement about the discovery.

The newly discovered galaxy is around 136 light-years away from Earth.

"The researchers measured the distance of NGC6902A, a previously known galaxy and the faint star-forming regions using emission lines in the spectra. They found that these star-forming regions are at a distance of around 136 million light-years, whereas the distance of NGC 6902A is around 825 million light-years. This means that the diffuse blue emission was from a foreground galaxy," said India's Ministry of Science and Technology.

The research has been published in the journal ‘Astronomy & Astrophysics’.