At least one in five reptile species at risk of extinction: Report 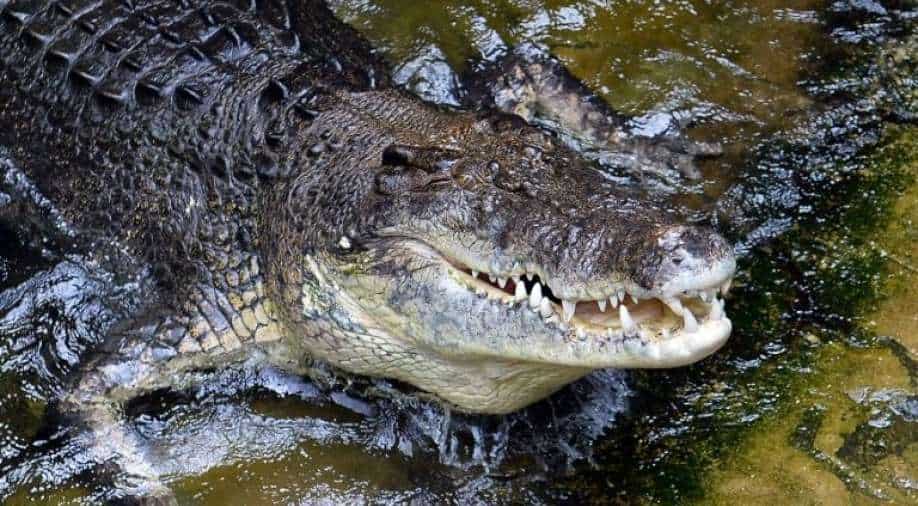 In this representative picture, a crocodile can be seen. The study has been conducted on reptile species including turtles, crocodilians, lizards, snakes and the tuatara. Photograph:( Reuters )

The biggest threat to reptiles are deforestation for agriculture, logging, and development, urban encroachment, and hunting by people

A new report published in the journal Nature on Wednesday (April 27) has revealed that at least one in five reptile species at risk of extinction.

The first major global assessment of the world's so-called cold-blooded creatures has been evaluated them using criteria from the International Union for Conservation of Nature (IUCN) Red List of threatened species.

From the Galapagos tortoises to the Komodo dragon of the Indonesian islands, the study has been conducted on 10,196 reptile species including turtles, crocodilians, lizards, snakes, and the tuatara.

According to Neil Cox, who manages of the IUCN-Conservation International Biodiversity Assessment Unit and co-led the study, "It's just overwhelming the number of species that we see as being threatened."

"Now we know the threats facing each reptile species, the global community can take the next step by joining conservation plans with global policy agreement and invest in turning around the often too under-appreciated and severe biodiversity crisis."

"Global collaboration and commitment are a must if we are to prevent an extinction catastrophe," he added.

The biggest threat to reptiles are deforestation for agriculture, logging, and development, urban encroachment, and hunting by people.

Climate change has triggered catastrophic declines in biodiversity across the world with 31 species being identified as already extinct.

Not just this, 40 percent of amphibians, 25 percent of mammals, and 13 percent of birds are being pushed to the brink and could face extinction.

"Reptiles represent an important and diverse branch of the tree of life and play integral roles in the ecosystems where they occur," said Bruce Young, co-leader of the study.

"This global assessment is a key beginning to understanding reptile conservation needs. Now we know where the priorities are and what the threats are that we need to ameliorate. There is no longer any excuse for leaving reptiles out of conservation planning and implementation efforts worldwide," added Young.

One of the reptiles listed in the category of "least concern" about extinction includes Australia's saltwater crocodile. Meanwhile, Chapman's pygmy chameleon is among the most seriously threatened reptiles.

Hoping the new assessment will help spur international action to halt biodiversity loss, they stressed that the study highlights the need for specific urgent conservation for some reptiles.