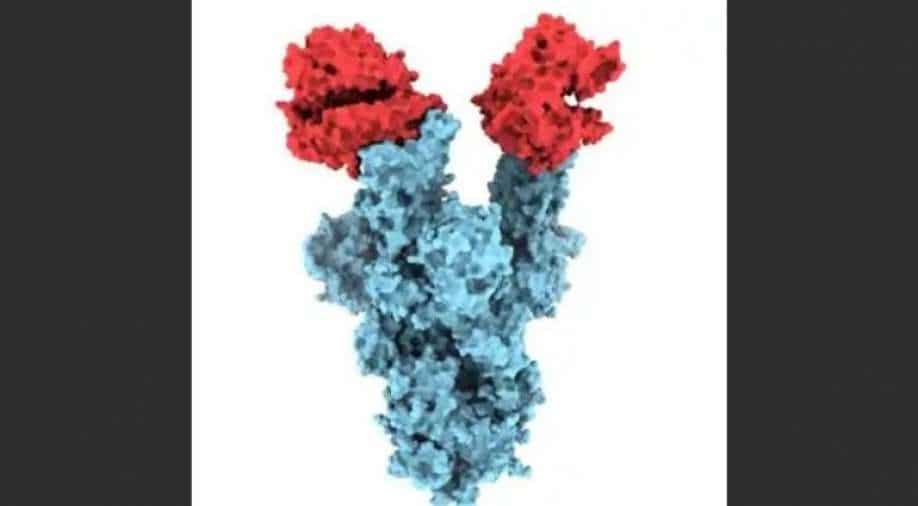 The study cautioned that "with the continued spread of SARS-CoV-2, it appears likely that further mutations that enhance viral fitness will emerge."

Researchers at the University of British Columbia(UBC) in Canada have published the first molecular images of the B.1.1.7 COVID-19 mutation which was first discovered in the UK in December last year.

The study looked at "UK variant (B.1.1.7) of SARS-CoV-2 thought to be more infectious than previously circulating strains as a result of several changes, including the N501Y mutation. It concluded that "N501Y mutant are consistent with the expectation that the rapid spread of the UK variant of SARS-CoV-2 is likely due to the virus being more infectious."

The study cautioned that "with the continued spread of SARS-CoV-2, it appears likely that further mutations that enhance viral fitness will emerge." The findings were published in PLOS Biology, a  peer-reviewed scientific journal.

Professor at UBC's medicine department of biochemistry and molecular biology, Dr Sriram Subramaniam asserted that existing vaccines are likely to remain effective in preventing mild and severe cases caused by B.1.1.7.

The University said the variant can still be neutralised by the antibodies that stop the entry of the unmutated version of SARS-CoV-2 into human cells. The researchers are also studying the B.1.617 (Indian) variant, including P.1 (Brazilian),  B.1.427/B.1.429 (Californian) and B.1.351 (South African).

The strain which first appeared in England is called 501Y.V1 or VOC202012 / 01 and belongs to the line B.1.1.7. The English, South African and Brazilian variants all share a particular mutation called N501Y which is believed to be increase infectious. According to British researchers, the strain that emerged in England was up to 70 per cent more deadly.

Thailand on Monday reported the highly transmissible B.1.1.7 variant which has accounted for over half of total cases and deaths since the start of the pandemic. According to Indonesia's health ministry, it detected two cases of COVID-19 variant first identified in India. Indonesia has halted issuing visas for foreigners who have been in India in the previous 14 days.

In Malaysia, the first case of the coronavirus variant identified in India was recorded including in Algeria which recorded Six cases of the variant in the coastal province of Tipaza.