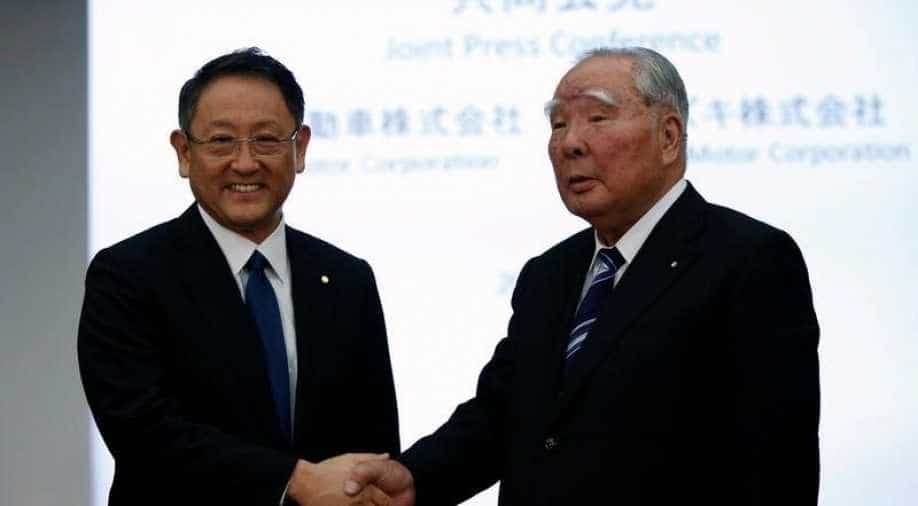 Toyota Motor and Suzuki Motor said they have agreed to begin formal talks aimed at forging a partnership in shared procurement, green vehicles, IT and safety technologies.

The agreement takes the two Japanese automakers a step closer to a tie-up that could give Suzuki, a maker of affordable mini-vehicles and compact cars, access to Toyota's technology. The world's second-biggest car maker in return would benefit from Suzuki's strong market position in India.

"Toyota and Suzuki have agreed to work toward the early realisation of a business partnership," they said in a joint press release.

The companies in October said they were exploring a partnership, citing technological challenges facing automakers and the need to keep up with consolidation in the global auto industry.

Suzuki, Japan's fourth-largest automaker, has said it has been struggling to keep pace with the speed of research and development (R&D) in the industry, a technology race that Toyota, with its greater financial clout, is better able to cope with.

Toyota invests heavily in R&D in areas including automated driving, artificial intelligence and lower-emission cars.
Suzuki has long sought a bigger partner. A tie-up with Volkswagen AG ended on a sour note in 2015, after the German carmaker accused Suzuki of violating their pact by agreeing a diesel engine deal with Fiat.

For Toyota, access to Suzuki's tightly knit supply chain network in India, which the automaker has cultivated since the 1980s, could help it develop and sell more mainstream cars tailored for the local market.

Suzuki dominates the Indian market through its majority stake in Maruti Suzuki India, which sells roughly half of all cars sold in the country, whereas Toyota, despite years of trying, is still struggling to gain significant share in a country expected to be the world's third-largest car market by 2020.

Fujio Ando, an adviser at Chibagin Securities, noted before Monday’s announcement that except for compact cars, the two automakers had little overlap in their production line-up, adding that Suzuki was already buying hybrid technology from Toyota.

"One question will be how much Toyota will open up to Suzuki given its relations with Daihatsu," he added, referring to Toyota's own minivehicle specialist firm.