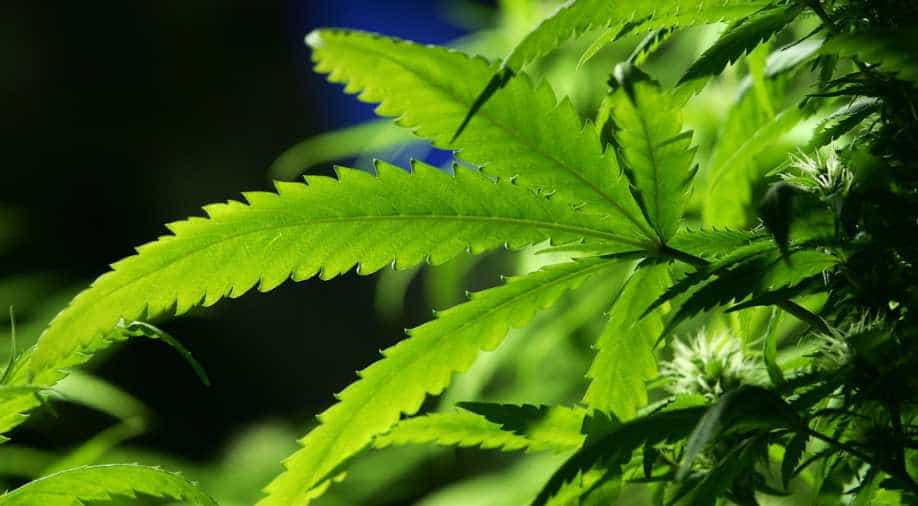 Scientists have found preliminary evidence that tetrahydrocannabinol (THC) and other compounds found in marijuana can promote the cellular removal of amyloid beta. Photograph:(Getty)
Follow Us
Compounds present in marijuana may promote the cellular removal of a toxic protein associated with Alzheimer's disease, a finding that could help treat the brain disorder, a new study has claimed.

"Although other studies have offered evidence that cannabinoids might be neuroprotective against the symptoms of Alzheimer's, we believe our study is the first to demonstrate that cannabinoids affect both inflammation and amyloid beta accumulation in nerve cells," said David Schubert from Salk Institute in the US.

Alzheimer's disease is a progressive brain disorder that leads to memory loss and can seriously impair a person's ability to carry out daily tasks.

Scientists have found preliminary evidence that tetrahydrocannabinol (THC) and other compounds found in marijuana can promote the cellular removal of amyloid beta, a toxic protein associated with Alzheimer's disease.

It has long been known that amyloid beta accumulates within the nerve cells of the ageing brain well before the appearance of Alzheimer's disease symptoms and plaques, researchers said.

Amyloid beta is a major component of the plaque deposits that are a hallmark of the disease. But the precise role of amyloid beta and the plaques it forms in the disease process remains unclear, they said.

They found that high levels of amyloid beta were associated with cellular inflammation and higher rates of neuron death.

They demonstrated that exposing the cells to THC reduced amyloid beta protein levels and eliminated the inflammatory response from the nerve cells caused by the protein, thereby allowing the nerve cells to survive.

"Inflammation within the brain is a major component of the damage associated with Alzheimer's disease, but it has always been assumed that this response was coming from immune-like cells in the brain, not the nerve cells themselves," said Antonio Currais from Salk.

"When we were able to identify the molecular basis of the inflammatory response to amyloid beta, it became clear that THC-like compounds that the nerve cells make themselves may be involved in protecting the cells from dying," said Currais.

Brain cells have switches known as receptors that can be activated by endocannabinoids, a class of lipid molecules made by the body that are used for intercellular signalling in the brain, researchers said.

The psychoactive effects of marijuana are caused by THC, a molecule similar in activity to endocannabinoids that can activate the same receptors, they said.

Physical activity results in the production of endocannabinoids and some studies have shown that exercise may slow the progression of Alzheimer's disease, researchers said.

The findings were published in the journal Ageing and Mechanisms of Disease.