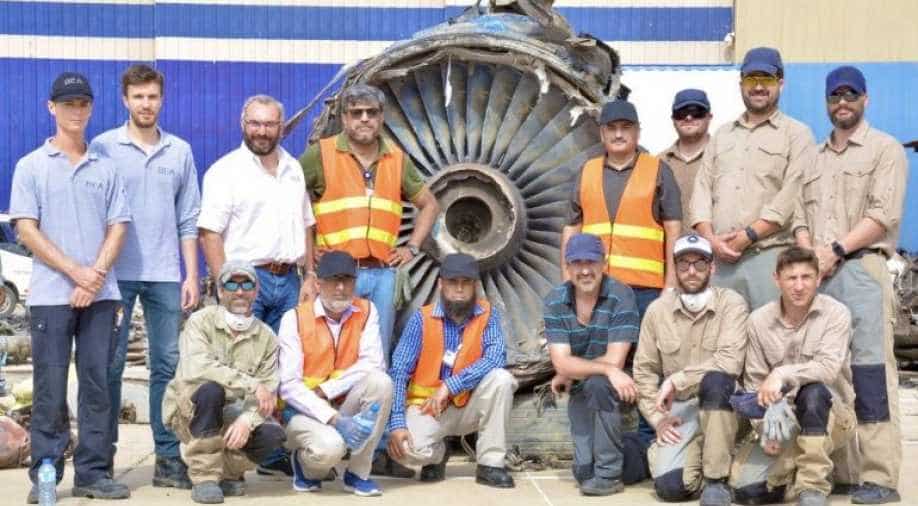 The investigation on the voice recorders found in the crashed Pakistan flight's cockpit will commence from June 2 in France, the French aviation investigation authority has said.

The crash killed 97 people in total, including 90 passengers and a crew of eight, when it crashed into the Jinnah Garden area near Model Colony in Malir on Friday, minutes before its landing.

The investigation of the crashed Airbus A320 aircraft, of the national carrier Pakistan International Airlines (PIA), will be done by an 11-member team of experts from an Airbus facility in the French city of Toulouse. The team arrived in Pakistan last week to conduct an independent probe into the crash involving its aircraft.  The team includes experts from France, Germany, the UK and other countries.

The flight data recorder (FDR) records time, altitude, airspeed, heading, and aircraft attitude and other in-flight characteristics. The cockpit voice recorder (CVR) records the audio environment in the flight deck, and is useful in cases of accidents and incident investigation purposes. It records and stores the audio signals of the microphones and earphones of the pilots' headsets and of an area microphone installed in the cockpit, which helps the investigators figure out the cause and happenings of the crash.

The BEA said that Pakistan's Aircraft Accident and Investigation Board (AAIB) team will fly to France after the work on the crash site is completed. "The mission on site is about to be completed. @BEA_Aero @Airbus @SafranEngines @CFM_engines & Pakistan's AAIB team will then fly to France," it said in the tweet.

The investigation team, which reached Karachi on May 26, was to return after two days. However, as the team was unable to gather key evidence, the team extended their stay and conducted a forensic examination of the aircraft wreckage.

They also collected different parts of the plane that would help in identifying the cause of the crash.

The team also visited the radar centre at the Jinnah International Airport and the control tower to review the conditions, and collected parts of the crashed structure that can help them in investigating.