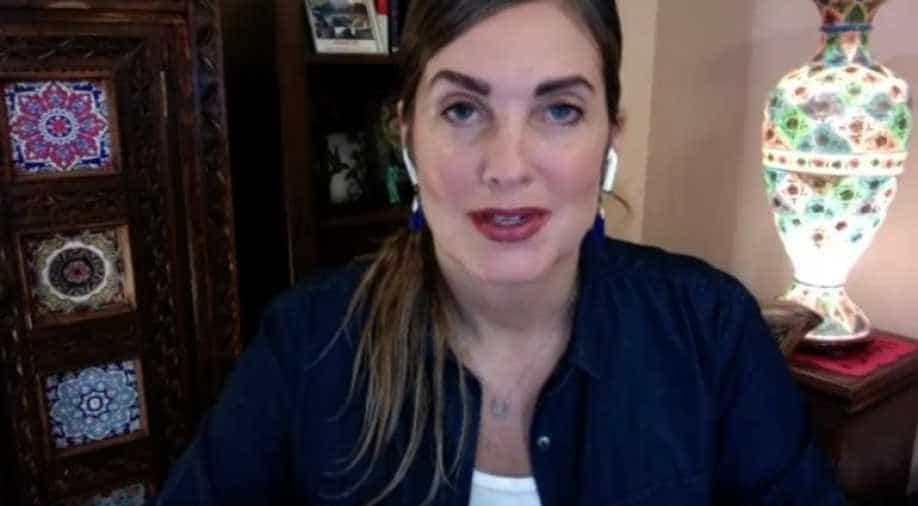 While she has not revealed the evidence and proof yet, she has assured that she will soon be revealing all of the mentioned evidence in a week or two.

An American blogger and former social media strategist of Pakistan People’s Party (PPP) has accused a former interior minister and former prime minister of rape and sexual assault -- through Facebook lives and a series of Twitter posts -- even as the former official has denied charges.

Cynthia D. Ritchie, who shifted to Pakistan from America in 2010, revealed the details and the threats through a Facebook live video. (The user has advised for parental guidance, and has mentioned trigger warning)

Cynthia D. Ritchie first visited Pakistan in 2009. She claims to have been invited by then Prime Minister Yousaf Raza Gilani and then Interior Minister Rehman Malik to help in building Pakistan’s image. She said she was a communications consultant to the PPP.

As things were going well, she shifted to Pakistan towards the end of 2010, and now resides in Islamabad.

However, things were not all rosy for her in this long journey, she claims. She has accused Rehman Malik of raping her in 2011, after lacing her drink with sedatives. She also accused former Prime Minister Yousaf Raza Gilani and former health minister Makhdoom Shahabuddin of physically manhandling her inside the President’s House in Islamabad.

Pakistan was then under the government of Asif Ali Zardari.

However, former prime minister Gilani has denied the charges, and has called the allegations a form of "humiliation and disgrace". He has further accused Cynthia of maligning him because his two sons had filed a defamation case against her for her allegedly defamatory tweet against late Benazir Bhutto.

The other two ministers have not yet replied to the accusations.

Occurred at IM's house in min enclave 2011 around the OBL incident. I thought it a meeting about my visa but I was given flowers/ a drugged drink. I kept quiet - who in PPP gov't would help me against PPP IM?

Recently they attacked family; I've had it. Ready to face any accuser https://t.co/KkGSKTERQs

As she went live on Facebook on Friday, she backed her accusations by providing details and sequences of the events listed in her video. She also claimed to possess evidence in form on screenshots, text messages and call recordings. “I will be happy to go into more detail with an appropriate, neutral, and investigative journalist,” she said.

While she has not revealed the evidence and proof yet, she has assured that she will soon be revealing all of the mentioned evidence in a week or two. However, she did upload screenshots of her WhatsApp conversation with Nasir Rashid Baralvi, Secretary Information, PPP, UAE, after filing a report against him in the UAE.

Thanks to those who helped in filing a report against this #PPP worker in #UAE. I will fully cooperate with all authorities to ensure justice is done. pic.twitter.com/U4FOhc8XBc

She also claimed to have complained to the US Embassy in 2011. However, "due to 'fluid' situation and 'complex' relations between US and Pakistan, response was less than adequate."

And, yes, I did tell someone at the UsEmb in 2011, but due to 'fluid' situation and 'complex' relations between US and Pakistan, response was less than adequate.

I've been engaged to a wonderful man who I met in 🇵🇰. He encouraged me to speak out, so we can move on as a couple. https://t.co/PpfdF9Fuib

This is not the first shocking news that Cynthia has revealed. While this is a personal tragedy for her, she has also revealed images of members and leaders of PPP in situations which are not considered to be idle in "Muslim community".

Is this #PPP MNA Ramesh Lal throwing money that belongs to the poor people of Sindh on Senior Minister PPP Nisar Khuhro?

Politicians are elected and answerable to the public. Can someone be honest with his constituency if he throws poor people's money? Also, Article 62(1)(F). pic.twitter.com/bTlly1eNqd

She also accused the late Benazir Bhutto of letting her guards rape women and made some disturbing accusations of the late leader's sex life. She also revealed a receipt of an adult toys store and challenged senior PPP leader Sherry Rehman to prove her allegations to be false.

While she claims to "have a lot of dirt on a lot of people in this country”, she has also accused PPP of sending rape and death threats to her, her friends and family. In her live video, she also mentioned that few party workers contacted her sisters who 'naively' revealed her location as they were unaware of the situation.