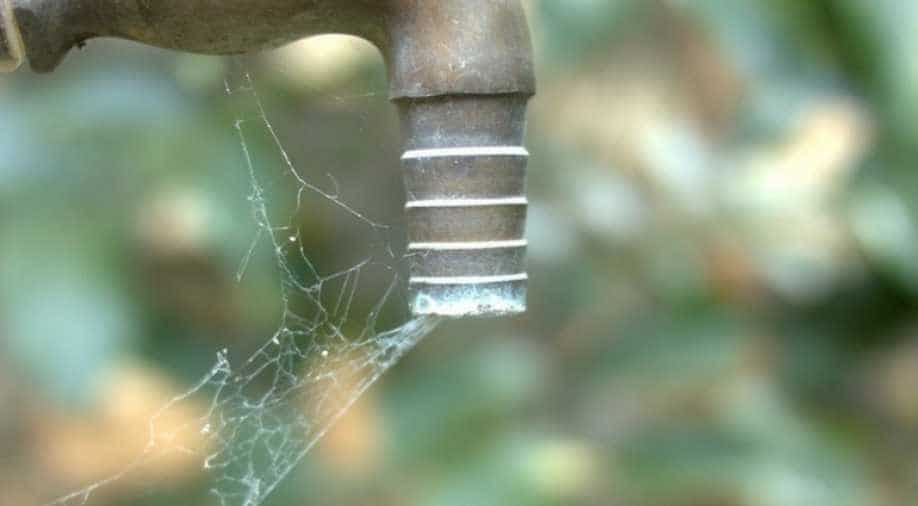 World’s today fears arrival of the “Day Zero” when the water taps shall run dry and the people will have to start queueing to collect a daily quota of water.

We are at extreme risk of climate change and water scarcity, which are more familiar in developing countries including India. Experts and organisations had been exclaiming about India's approaching water emergency for quite a while, yet we failed to accumulate much consideration until the taps ran dry in the major cities. Recently, the extreme water shortage in major Indian cities, particularly Chennai, gathered the public eye. NITI Aayog, in its report1, warned that India was suffering from the worst water crisis in history and nearly 50 per cent of the Indian population are suffering from severe water stress. It further predicted that Delhi along with 21 Indian cities will run out of groundwater by 2020; nearly 40 per cent of the Indian population will have absolutely no access to drinking water by 2030, and 6 per cent of India’s GDP would be lost by 2050 due to water crisis. The National Green Tribunal (“NGT”) observed that depletion of groundwater not only creates a crisis for drinking water, in the absence of inadequate surface water is available in certain areas where there may be drought conditions but also affects the flow in rivers and can also increase salinity in soil. 2

The country has witnessed a dramatic increase in water demand for all uses - agricultural, industrial and domestic. According to the Central Water Commission, the country requires at most 3,000 billion cubic meters of water annually and receives about 4,000 billion cubic meters of rain. However, too much water is wasted attributable to the inefficiency and misuse, forcing the entire country to grapple with drought-like conditions even after receiving enough rainfall on account of government inaction, industrial and human waste, corruption and outright abuse of the water resources throughout the country. Basing its observations on the directions passed by the Honourable Supreme Court in M.C. Mehta v. Union of India and Ors.3, the NGT in Shailesh Singh (Infra) observed that the extraction of groundwater has, in fact, been liberalised, adding to the crisis, unmindful of the ground situation and the likely impact it will have on the environment.

However, the Central Government, keeping water-harvesting as a priority, in May 2019 formed the Jal Shakti Ministry (created by merging of Ministry of Water Resources, River Development and Ganga Rejuvenation and the Ministry of Drinking Water and Sanitation) for immediate management of water resources and water supply in an integrated and holistic manner, in cooperation with all the states to ensure “Har Ghar Jal” to all rural households. Consequently, the Central Government has allocated Rs.3.35 lakh crores for the Jal Jeevan Mission, that aims at providing clean drinking water to every household by the end of 2024 along with recharging groundwater levels with better local infrastructure.

The Central government aims to offer 43-55 litres of water per person per day, depending upon the season and a dedicated fund namely “Rashtriya Jal Jeevan Kosh” to be set up for implementation of the mission.

The courts have reiterated time and again that the right to access to clean drinking water is fundamental to life and the State is duty-bound under Article 21 to provide clean drinking water to its citizens. The state is further duty-bound not only to provide adequate drinking water but also to protect water resources from pollution and encroachment. Any act of the state that allows pollution of water bodies is in direct violation of Article 21 of the Constitution and the provisions of the Environment (Protection) Act, 1986, the Water (Prevention and Control of Pollution) Act, 1974 and the rules framed thereinunder. The role of the government gathers even more importance since the subject of Water - water supplies, irrigation and canals, drainage and embankments, water storage and water-power - falls solely under the ambit of Entry 17 of the State List in the Seventh Schedule of the Constitution.

The inadequacy or denial of access to clean water has been happening despite repeated directions passed by Courts. Since ‘water’ is a subject of utmost importance, leaving it to the exclusive jurisdiction of the legislature of a state to make laws with respect to it, will be detrimental to the welfare of the public and the entire nation. Therefore, with deep conscience and public welfare in mind, the Centre must regain control and supervision of subjects of such nationwide significance. A similar instance was witnessed by the nation, by virtue of the Constitution (Forty-Second Amendment) Act, 1976, whereby Seventh Schedule was restructured in order to ensure that state List subjects like education, forest, protection of wild animals and birds, administration of justice, and weights and measurements were transferred to the Concurrent List. “A Constitution to be living must be growing. If the impediments to the growth of the Constitution are not removed, the Constitution will suffer a virtual atrophy.”4

There is a need for an urgent change, which requires immediate measures to be taken leading towards improved water use efficiency, reduction of leakages, restoration of water bodies, treatment and reuse of wastewater and water harvesting to name a few. This change of approach should include efforts not only by the governments but from all stakeholders across the globe with a focus on conservation, source sustainability, storage and reuse, wherever possible. Nonetheless, the Jal Jeevan Mission, inaugurated by the Central Government, will prove to be an example throughout the world with its emphasis on behavioural change.