US wants no less than regime change in Iran 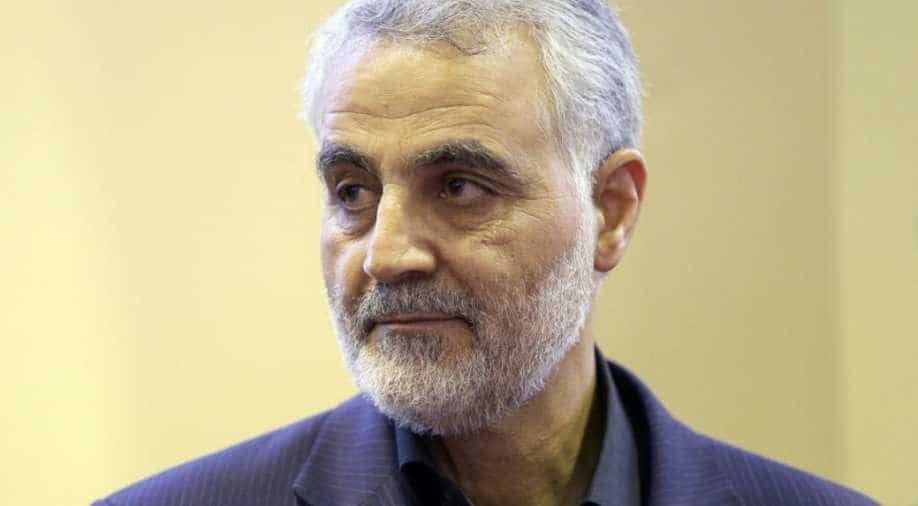 The recent Golden Globe Awards handed out the Best Actor in a Limited Series or TV Movie to Russell Crowe for his role in 'The Loudest Voice'. It is the saga of Fox News, the Rupert Murdoch owned American TV news-from-the-Right channel. And, of course, its pit bull-like head honcho Roger Ailes, played by a wonderfully made up Crowe.

When it was launched, all the other News TV channels in America were competing for the left-of-centre eyeballs, leaving the entire 50 of the field that spoke to middle-America, open to Fox. And unlike in other countries that favoured newspapers, Americans preferred to get their news from 24x7 TV channels. Fox News soon topped the charts in cable news TV.

Though, The Loudest Voice TV serial takes you back to 9/11 and the George W Bush- Dick Cheney era, it does remind you of one thing more. It reminds you that the Weapons of Mass Destruction (WMD) charge put on Iraqi dictator Saddam Hussein was a complete myth.

America decided to use 9/11 to effect regime change in Iraq, a matter treated as 'unfinished business' from the term of George Walker Bush, Dubya’s father. Fox was privy to this government objective and worked hard to propagate its merits.

Iraq was a Sunni minority-run country under Saddam and his Ba’ath Party, but quite unrelated to America’s  9/11, or the Al Qaeda that perpetrated it. If anything, Saudi Arabia and Pakistan were the authors of 9/11 and not Iraq. But America was not keen to put them in the dock owing to overlapping and multifarious common interests.

Nevertheless, today, when we see war clouds hovering over West Asia after the US drone strike killing of General Qasem Soleimani five days ago, one has to wonder why it was done at this time. What intelligence input does America have? Soleimani, a military man, was the de facto no. 2 of Iran.

The simple answer is that Soleimani was held responsible as the mastermind of multiple terrorist strikes against Americans. But, his elimination poses a threat to the stability of the present regime. That the strike took place outside Baghdad airport is remarkable. And while an unstable, unhappy, ruined, and insurgency-torn Iraq is now under a Shi’ite administration- it is not doing very well. But it is close to Iran, a country that Saddam fought an eight-year war within his time.

Iran has been firing missiles ever since at the US bases in Iraq. Present reports mostly state that these Iranian strikes have not resulted in the loss of Allied lives. Others, from Iran, indicate 80 American soldiers have been killed.

President Trump has not addressed the nation on his next move as yet, apart from debunking the report of casualties by tweeting “All is well”.

But the Russians and Chinese are warning against retaliatory strikes by America. Russia has raised the bogey of nuclear war. Britain has spoken up in support of the American action. Israel is in strong support. France and Germany too are advising caution. As is India, eyeing the 5 per cent escalation in petroleum prices already. Iran has asked India to help in the de-escalation process. Other international voices too, from the Gulf and elsewhere, almost unanimously, are clamouring for de-escalation.

But what does America want? It eliminated Soleimani unilaterally despite the near-certainty of strong reaction. The desired end result, backed no doubt by Saudi Arabia and Israel, from the near region, is to see the back of the Khamenei regime.

This is not the first time the West has intervened to bring about regime change in Iran. It installed the Shah when his predecessor nationalised the oil fields. Much later, the rise of Ayatollah Khomeini broke the link of American influence. Now, successor Ali Khamenei and his cohorts must go, to be replaced by an order more favourable to the US and its friends.

The economic sanctions placed on Iran by the US and its allies to stop it going nuclear are hurting the ordinary people. Most of Iran’s 80 million are fed up with its rulers. As a consequence, there have been large protests, put down harshly. The grass-roots in Iran may be quite ready and ripe to get rid of the puritanical mullahs, but they don’t have the strength to do it by themselves.

America’s attempt to bring about regime change by military means in different countries has generally succeeded; but not in bringing a consequent peace and prosperity to the natives. However, this has never stopped it from pushing ahead with its perceived strategic objectives.

The main one, with regard to Iran, is to stop it becoming a nuclear power fearing that this will make it unmanageable. But is it too late? What was that seismic activity near Iran’s nuclear weapons development site?

Will the other major powers intervene militarily on the side of Iran if America attacks it? It seems very unlikely because both China and Russia cannot afford to precipitate war against America.

As a consequence, while oil prices will be very volatile going forward, President Trump will probably be able to attack Iranian strategic assets and nuclear facilities and drive the current regime out of office, if it acts quickly. And yes, undertaking this aggression successfully will see to it that President Trump will be re-elected to his second term.

The impeachment drama is already deleted from the news cycles, and most recent opinion polls show an uptick in support for President Donald Trump.