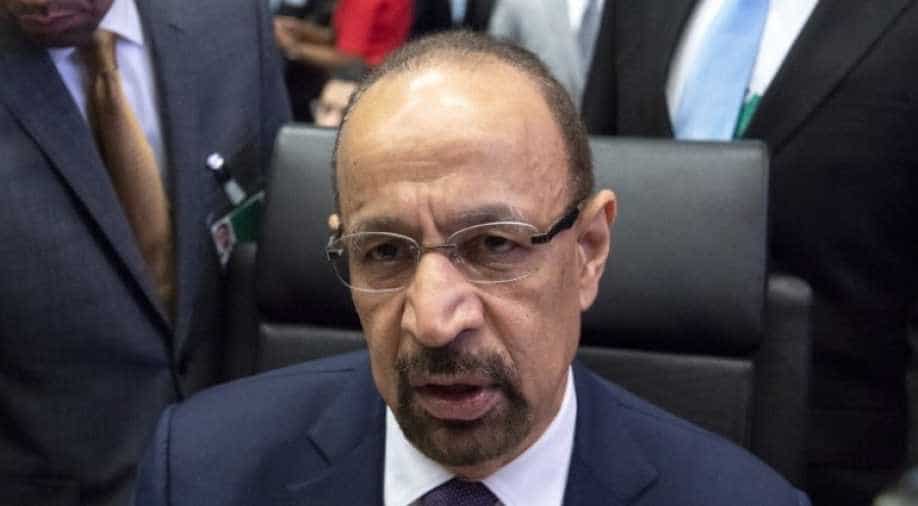 OPEC is in the midst of a major crisis made more evident by Qatar’s announcement that it would be leaving OPEC, partly to protest Saudi dominance over the group.

The Organization of the Petroleum Exporting Countries likes to look united.

That’s evident when OPEC leaders meet in Vienna at the end of each year to decide how much oil its members will aim to produce the next year. There is always a show of togetherness and the appearance of the quasi-cartel’s ability to move markets.

But the truth is, OPEC is in the midst of a major crisis made more evident by Qatar’s announcement that it would be leaving OPEC, partly to protest Saudi dominance over the group.

My research has taken me through the history of oil, particularly the relationship between oil revenues, economic development and the geopolitical balance of power in the 1960s and 1970s. I believe that rather than the arbiter of global energy, OPEC has often been held back by division, disagreement and divergent interests.

This weakness helps explain why OPEC has struggled to move markets in effective ways since the 2014 collapse of oil prices. The latest production cuts, which were bigger than expected but followed considerable acrimony, are further proof that OPEC’s disunity remains intact.

OPEC was formed from frustration. In the 1950s, the world was awash in oil as small nations in the Middle East and Latin America discovered enormous deposits.

To gain access to those deposits, the major oil companies, known as the “Seven Sisters,” signed concessionary agreements with local governments. This arrangement gave the companies control over the oil – they set production levels and prices – while governments simply collected a check.

In February 1959, amid an oil glut, the Seven Sisters decided that a price correction was necessary. Acting unilaterally, they cut the price of oil, from US$2.08 to $1.80 by August 1960.

That may sound odd today, but back then oil prices didn’t always follow market forces and were typically set by the companies.

The cuts meant a significant loss of revenue for the oil-producing states. In protest, the oil ministers of Iraq, Iran, Venezuela, Saudi Arabia and Kuwait met in Baghdad that September and formed OPEC to achieve a more equitable arrangement with the Seven Sisters. Algeria, Qatar, Indonesia and Libya joined later.

But the big oil exporters like Iran and Saudi Arabia could do little to coerce the companies. Oil was abundant, and the companies could successfully exclude any country from the market, as they did with Iran in 1951. OPEC did not possess enough market share or unity to pressure the companies into surrendering control over price.

A new balance of power

According to Ian Skeet, a scholar and an oil consultant, the shah of Iran sought a separate agreement that sabotaged an attempt to extract more favorable terms from the Seven Sisters in 1963.

During the 1960s, OPEC failed to form a united front.

Nevertheless, things were changing. Demand for oil shot up and US production stagnated. The Seven Sisters’ power was undermined by international competitors drilling new fields in North Africa, where Libya’s Muammar Qaddafi threatened to shut off supply if he didn’t get higher prices. Oil giants faced more pressure to deliver better terms to producing governments.

These conditions, while not the result of OPEC’s actions, gave it an opportunity to upset the balance of power.

This shift accelerated in the 1970s as war broke out between Israel and its Arab neighbors in October 1973.

To punish the US for supporting the Jewish state, Arab oil producers (not all OPEC members, as popularly believed) cut production and declared an embargo against the United States.

OPEC also demanded a higher oil price. After rejecting a small gesture from the Seven Sisters, OPEC announced it would double the price to $5 – then hiked it again to $11.65.

How did the balance of power seem to shift so suddenly? Among other reasons, oil companies could not agree among themselves on a new oil price and they were tempted by the big profits that would result. OPEC seized control of the market largely due to circumstances beyond its control.

Despite its victory, OPEC had come no closer to resolving its internal divisions. This became evident when the next energy crisis hit, in 1979, when Iran’s revolution broke out.

Global oil markets panicked. Iranian production fell. And other OPEC members sold their own oil at costly premiums, sending the price even higher.

Saudi Arabia tried to impose a quota system. Most members ignored their quotas or overproduced.

Meanwhile, oil-importing countries like the US and the UK sought improve fuel efficiency and invested in domestic oil production in places like Alaska the North Sea. By 1985, OPEC’s share of the global market had fallen below 30 percent.

By 1986, Saudi Arabia had had enough. Without warning, its production shot up by more than 2 million barrels per day, flooding the market and pushing the average price down to $18 per barrel, about $39 today, according to oil company records.

This move indicated Saudi willingness to use its massive reserves to “correct” the market and push out high-cost producers, even at the cost of its OPEC allies.

As OPEC’s fortunes have oscillated with increasing volatility since the 1986 shock, cooperation has remained elusive.

In 2014, oil prices began to decline, due to increasing US production. To squeeze out American drillers, Saudi Arabia pumped more oil, sending prices to historic inflation-adjusted lows in early 2016.

But the move backfired: US producers held on, while OPEC members like Venezuela endured enormous economic pain.

To gain leverage, Saudi Arabia has partnered with Russia, a major oil exporter that doesn’t belong to OPEC, forming what some analysts have called OPEC+. The two countries now coordinate their production cuts to stabilize prices.

Not all OPEC members are happy about this arrangement, including Qatar, a small Persian Gulf state. It has been at odds with Saudi Arabia since 2017. In December 2018, Qatar announced it would be leaving OPEC to concentrate on liquefied natural gas exports.

Meanwhile, President Donald Trump was imploring OPEC to pump more oil rather than less of it, to keep gasoline prices low.

When OPEC+ met in Vienna it didn’t buckle. But the deal it reached followed considerable disagreement, which laid bare divisions within the group over how much oil output it should cut. In the end, Russia and Saudi Arabia agreed to do most of the cutting required to slash oil production by 1.2 million barrels per day. And Iran did not pledge any cuts at all.

The overall cut was bigger than expected. But Iran’s defiance, Qatar’s departure and the fight over cuts underscores what has been true from the very beginning: OPEC projects unity, but behind the scenes, the group struggles with division, disunity and differing interests.

This article was originally published on The Conversation. Read the original article)