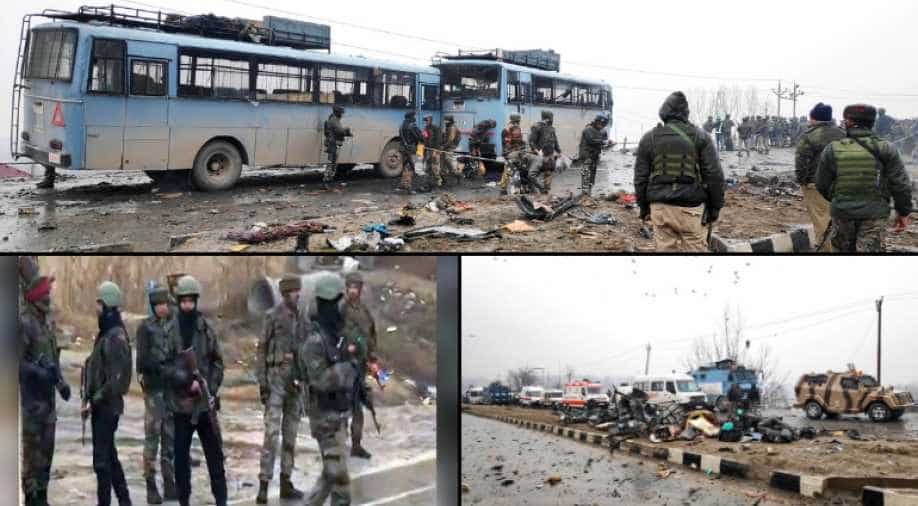 Since there was credible evidence that JeM was attempting further suicide attacks in India, a pre-emptive strike became absolutely necessary.

The government of Pakistan had made a solemn commitment in January 2004 not to allow its soil or territory under its control to be used for terrorism against India. Since the government of Pakistan failed to honour its commitment and since there was credible evidence that JeM was attempting further suicide attacks in India, a pre-emptive strike became absolutely necessary.

The camp at Balakot has a long history. Ayesha Jalal in her book ‘The Partisans of Allah’ calls it “the point of entry of Jihad and Islamic warriors” in the Indian subcontinent. In the 1830’s, the British allowed Syed Ahmad Shah of Raebareli to gather forces around Balakot to attack the Sikhs who ruled the area. However, Maharaja Ranjit Singh’s army killed the Wahabis in 1831 and the Jihad against non-Muslims ended in failure.

The present camp was set up during the time of former Pakistani President Zia-ul-Haq to train Afghan Mujahideen and organisations like Harkat-ul-Ansar and Hizbul Mujahideen, used this camp till the JeM made it an important centre since 2000.

The Balakot camp is particularly important due to the fact that it runs three terror courses. The Daura-e-Aam is a basic course, which all fresh recruits to terrorism undergo. Those who excel and show potential are admitted into the more advanced Daura-e-Khas. Only the elite terrorists who show a high degree of motivation and willingness to die are sent for the Daura-e-Zarar. Here the syllabus includes attacks on convoys, fidayeen attacks and suicide bombing.

The Balakot camp has been run by the Masood Azhar family since 2000 and his brother-in-law Yusuf Azhar was said to be running the camp at present.

Yusuf Azhar is wanted by the CBI as he is one of the seven accused in the IC 814 hijacking case of December 1999. It should be clear that while the tenants in the camps at Balakot, Muzaffarabad and Chakothi keep changing, the owner has remained the same - Pakistan’s ISI.

Although Pakistan had used trained irregulars to attack Jammu and Kashmir in 1948 and again during Operation Gibraltar in 1965, the use of terrorists to further its interests really took off in the late 1980’s after the success of this policy in Afghanistan.

Since Pakistan has been exporting terror for such a long time and this policy has widespread support within the Pakistan establishment, one surgical strike or another air strike is not going to make it give up this long-standing policy of asymmetric warfare.

Given the support for terrorism within the Pakistani public, the military and intelligence agencies, Islamabad most likely would be unwilling to abandon terrorism as a tool of foreign policy and contend with the emergent terrorist threat ravaging Pakistan and its surrounding region.

Pakistan’s security establishment has a visceral hatred of India and according to Christian Fair in her article ‘The Militant Challenge in Pakistan’ published in Asia Policy magazine (January 2011), the international community should abandon optimism that Pakistan can or will change course and should prepare for increasing Islamist violence in the region and beyond. However, by its airstrike, India has put Pakistan on notice, suggesting that she will not take terrorist attacks lying down and will hit back using various means at its command.

By calling it ‘a non-military pre-emptive action’ India has chosen to calibrate its response and not escalate the situation beyond a point.

While India and the world community have been hoping that Pakistan will eschew terror, there is no evidence that Pakistan is changing course, so far.

Hilary Clinton, then US, Secretary of State during her press conference in Islamabad in October 2011 had famously said, “You can’t keep snakes in your backyard and expect them to only bite your neighbours. You know, eventually these snakes are going to turn on whoever has them in the backyard.”

Although Pakistan’s tolerance of jihadi terror has had a devastating effect on its own society, polity and economy, yet the army and the ISI who call the shots in Pakistan are not willing to make a U-turn. India will, therefore, have to stay the course and make the cost of terror in India prohibitive to Pakistan. Already Pakistan is a basket case and going to the IMF, China and Saudi Arabia to bail out its economy. It cannot launch a sustained war given its precarious economic condition.

China has also invested very heavily in the China Pakistan Economic Corridor (CPEC) and cannot afford that this investment is jeopardised. Its own economy is heavily weighed down by debt and the trade war with the US is hurting it badly.

India must, therefore, be resolute at this moment and act in a carefully calibrated manner to make Pakistan give up the use of terror against it. This is no time for jingoism and even though it is election season, all politicians should remain circumspect and make responsible statements. It is best to let our defence forces speak through their actions.