Politics as family enterprise: Nationalist rhythm of BJP is challenge to regionalism 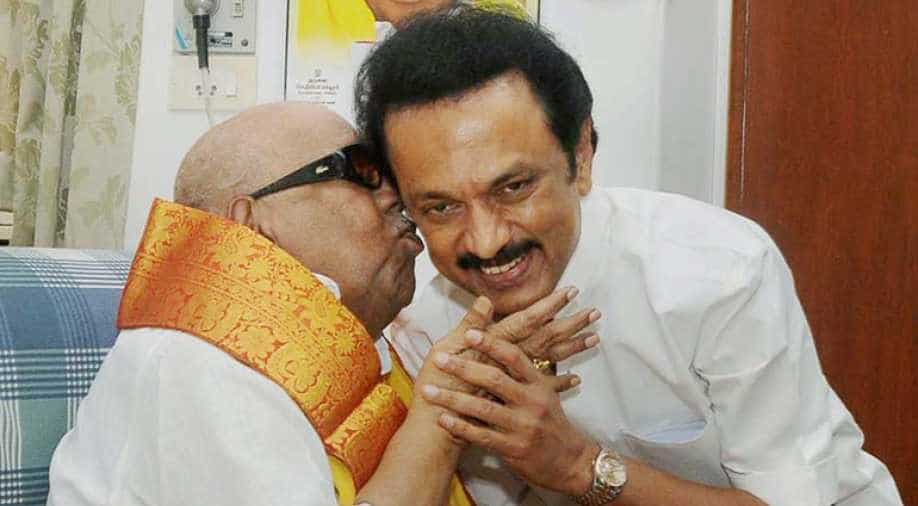 Tamil Nadu is the pioneer in this aspect where the interests of the state, party, government and language are all subsumed for the welfare of a family enterprise.

In the 1960s, there was an anti-Congress front, which came to power in Madhya Pradesh, with the Jan Sangh and Communists in the same camp! During that period, regional parties were on the ascendance, with DMK — helped by Swatantra Party and CPM — coming to power in Tamil Nadu.

During the 1970s and the 1980s, the communal versus secular debate was not much in vogue. Regional parties joined hands to oppose the Congress. Their one-point agenda was anti-Congressism.

In the 1990s and later, Congress was a major force that attracted many regional satraps and ran governments with their help from 2004 to 2014.

The rise of BJP in the 1990s has altered the equations with some regional parties like Shiv Sena, Akali Dal and the JD(U) aligning with the BJP, while the others are close to the Congress.

It is interesting to note that socialist parties in MP, Rajasthan and Gujarat have practically disappeared, merging with either the Congress or BJP. These three states had a significant presence of various Lohia-ite parties, all of which were very powerful in the 1960s and 1970s. But they stand forgotten, and the BJP has emerged as the only alternative to the Congress in these three states, which have become two-party systems.

The important point is not about the national aspirations of these regional parties, but their functioning. Whether it is DMK or Shiv Sena where family battles have come out in to open, or the Akali Dal, Janata Dal (S), PMK or the NCP, where an heir apparent has been anointed, or the TDP or RJD, whose family business is politics.

It is important to mention that Tamil Nadu is the pioneer in this aspect where the interests of the state, party, government and language are all subsumed for the welfare of a family enterprise.

In any business, maximisation of shareholder’s wealth is the main objective. Unfortunately, these regional parties are not listed on the stock exchanges and hence an accurate market valuation may not be available.

The total wealth declared by these leaders during election time in the form of affidavits can be a guide to their net worth. But, it will be an under-valuation since it only reflects what can be declared and does not tell the future earning potential of the business.

In this, there are multiple stakeholders other than the controlling family, which plans, allocates and execute projects, with the returns being shared.

The preoperative and preliminary expenses are related to rabble-rousing on caste or language issues. Some initial investment in the form of cut-outs is needed. Another method is to promise largesse in the form of free power, milk, free liquor, TV, free cinema, free rice (Why nobody offers free sex is a mystery to me!), which are to be given from the state exchequer.

In this model, the actual business entity need not worry about operational expenses since post-power, it has total access to the revenue stream.

So, most regional parties ultimately became unlisted family enterprises (DMK/ SP/ RJD/ NC/ SS/ TDP/ YSRP). Three others came to be run by single women (AIADMK/ TMC/ BSP). Since Congress itself is a family-controlled party, it was easier for it to deal with other families through the patronage system. Meanwhile, the amassing of wealth by families that run regional parties is ignored with a benign smile.

At one point, Indira Gandhi had a deal with the DMK where she allowed the latter all the Assembly seats in lieu of Lok Sabha seats in Tamil Nadu. That was accommodation par excellence.

But the emergence of the BJP as the main pole in national politics, has altered the nature of the discourse. This is one of the reasons why the BJP and the Shiv Sena are having a tough time sealing the deal in Maharashtra.

Unlike the Congress, the BJP seems less interested in the patronage and sharing system of spoils since it has a majority of its own in the Lok Sabha. To that extent, it is not dependent on regional families like the DMK.

Many leaders of regional parties find it more attractive to join the BJP than being regional. Congress is not in a position to be an alternate pole to attract regional parties, who find it difficult to be out of power for long periods because their ‘sources’ get depleted. The new national rhythm of the BJP is thus a challenge to regionalism, which can create its own fault-lines in the Indian polity.

The accommodative and patronage-based policy of the Congress towards regional satraps may be replaced by aggressive nationalist postures. Introduction of pan-Indian regulations and laws like GST may be accelerated. Or will the BJP become like the Congress, as far as accommodative politics goes? That is a major issue.

Will the business model of regional family parties meet its nemesis? One reason it will flourish for some more years is the increasing importance of land as a factor of production.

In the 1960s, capital was scarce and land was easily allotted. Now capital is available even from global sources, but land is scarce and that is the strength of these families. Control and allotment of land is the primary ‘son rise’ (pun intended) industry.

To that extent, family businesses will flourish since land is gold and as our regional political parties have realised, it is a state subject.

More than Uniform Civil Code, what is needed is making land and water central subjects. This will alter the future of India, which is linked to some 40-50 families and their capacity for rabble-rousing along with rapaciousness and greed. Are we ready for a thorough reform? Will BJP bite the bullet?