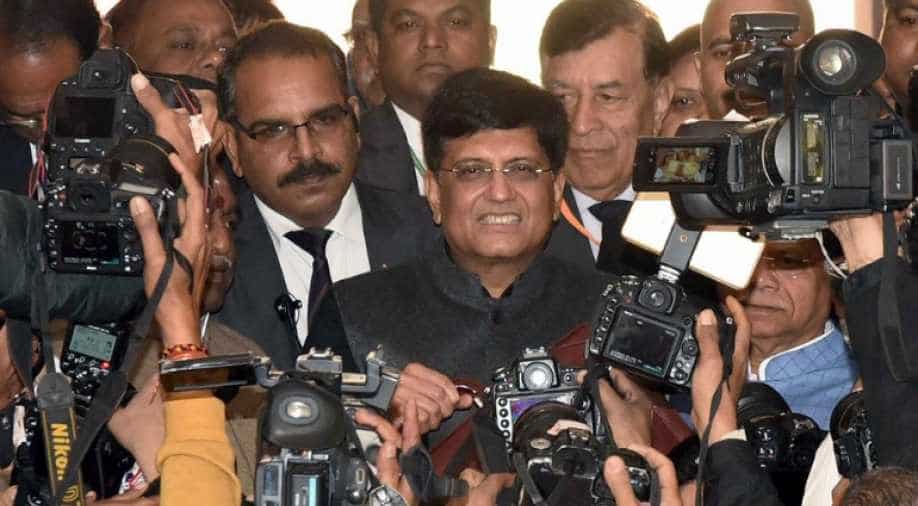 Piyush Goyal has spun an accountant's trick to balance populism with fiscal prudence.

There is a difference between a chartered accountant and a lawyer. One reads the fine print to help you. The other introduces it to fox you. Such thoughts come to mind after an interim budget presented by an interim finance minister who happens to be standing in for a lawyer who is recuperating in the US.

It must be said that Piyush Goyal has successfully packaged a slew of populist measures without losing the math enough to invite criticism from the fiscal conservatives. And the manner he has done this is to introduce catchy situations where the beneficiaries of the budget for 2019-20, be it the farmer, the unorganised urban worker or the middle class taxpayer, has to either feel satisfied with a token handout or pay up or save up in order to eat the carrots being dangled in front.

You could argue that Arun Jaitley, the Finance Minister for whom Goyal has come in like a nightwatchman in a cricket game, could have a lawyer's brief to build an argument, but it takes a smart accountant to make a small thing look big in the money game.

Let us take the farmer. The small farmer who has two hectares of land or less is getting roughly Rs 500 per month - but in an economy where a daily wage of Rs 400 for landless farm workers has become quite common. So, the income support scheme, which was widely anticipated after Prime Minister Narendra Modi's BJP suffered defeats in Madhya Pradesh, Chhattisgarh and Rajasthan Assembly elections, is a hesitant first step. But it is enough to tell as many as 120 million farmers (which could potentially translate as thrice as many votes): "It is not as if we do not care for you." Will the farmers bite this, or say this is too little and too late for a nation in which food prices are not attractive enough for its producers? We will have to wait and see.

The urban middle class gets a big benefit from an income tax rebate, but all indications are that this requires some extra saving to be invested properly in tax-friendly schemes in order to get a parallel benefit in tax avoided. Rs 12,500 per year is the benefit one will get at most. The standard deduction increase to Rs. 50,000 from Rs 40,000 can be added to this as a small frill.

The unorganised urban worker - let us say a taxi driver, a housemaid or a rickshaw puller -- has been promised a monthly pension of Rs 3,000 a month, but only on a contribution of Rs 100 a month. The trick is that on a 15% return in a decent pension fund, the compounded amount from contribution will be healthy enough to generate a corpus for Rs 3,000 a month annuity when a 20-something worker reaches the pensionable age of 60. So the government is not dipping into its own pocket to pay Rs 3,000 a month right away for the better part of an increasingly young population.

Now, add some other pro-poor schemes such as the Ayushman Bharat scheme for health insurance that has already covered 100 million people with a not-so-big outlay needed to make people safer, and you have populism without the fiscal pinch. It takes a smart CA.