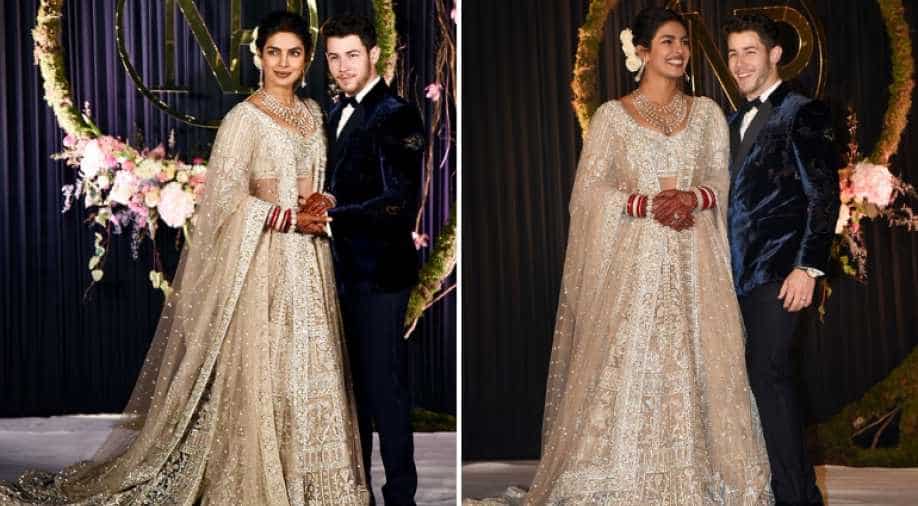 Priyanka Chopra has worked hard to be at the top of the game and she doesn't need this negative viral article, neither do the readers

In today's times, if there is anything that is free, it is unsolicited advice and opinions. You want it or not in your life, there will be certain people who will have an opinion on how you live and how you behave. The advice and opinions double up when one is a celebrity.

In a world where social media gets us closer to our favourite stars and their day to day lives, these opinions, commonly called trolls, multiply manifold.

Ideally, it is best to ignore such trolls-  because it is easy to sit in a remote location in front of a computer and type out whatever you wish to say- chances of you getting caught are anyway minimal.  But when a reputed website, known for feminist-leaning articles, publishes a biased, racist, sexist, half-baked article on a celebrity who has made it on her own, one should get the facts out- loud and clear.

In 'The Cut's' latest article, titled, 'Is Priyanka Chopra and Nick Jonas’s Love for Real?',* author Mariah Smith spews all kinds of hate towards new bride Priyanka and goes on elaborate on how she  is a 'modern-day scam artist' who has lured Nick Jonas 'into a fraudulent relationship against his will'.

The author makes Nick Jonas, a 26-year-old grown-up appear like a naive child who has no idea what is happening to him. The author then uses caustic words to describe how Priyanka has always been about the riches and has maintained a high-profile, luxurious lifestyle and how Jonas fitted into the scheme of things as her team went 'shopping' for a perfect date for her.

Let's face it. Priyanka and Nick's whirlwind romance and quick engagement had everyone raising their eyebrows in scepticism about how long would the relationship last. But to be sceptic about something that has spawned over the past few months is one thing and to be misogynist and caustic about a marriage that is a week old and go all out in blaming the woman on a public platform is sheer lack of manners. At the end of the day, it is their lives and they have the right to live it their way. Sure, the whole wedding may have appeared to ostentatious but they wanted it like that and have all the right to enjoy their moment, despite the sneering and negativity.

The author points out how Priyanka has a private theatre at her Mumbai and NYC homes which she has never used and that owning high end, luxurious items is her things and that's why Jonas fit into the larger scheme of things.

"Priyanka’s indulgences and what she views as necessities speak volumes to her personality and what she’ll do, or think she needs to do, for her career, " the article states at one point. " While Priyanka shops around for the finer things in life her team seems to be shopping around for the finer men. During the 2017 Vanity Fair party, her manager was standing next to Priyanka when Nick Jonas got on one knee and asked the actress, “Where have you been all my life?” This young man had enough interest in Priyanka to DM her and publicly proclaim his lust. So as far as Priyanka’s team must have seen it: He’d landed the role."

At a time when actresses are finally being celebrated for the individuality, this kind of hate just derails that process. Priyanka serves as a role model to scores of girls across the world for her work and the way she lives her life. She is 36, well-known in her choice of profession and she has settled for a man when she thought she was ready. That's how modern, independent women across the world aspire to be. So what if she has a private theatre at her home, so what if she likes the finer things in life? It's her hard-earned money and she has the right to spend it the way she wants. Meeting, dating and marrying Jonas doesn't come with that. Jonas himself hasn't bought her these comforts, she has made them happen with sheer hard work.

This was truly magical. @priyankachopra Link in bio @people

For those who've been protesting about the grand wedding, in this case, the author of the article herself - they clearly haven't attended Indian weddings. Priyanka's wedding is no different from the last Bansal wedding that you were invited to. Indian weddings are always this large-scale- wish someone had told her or had she done a mere google search, she would have known how elaborate Indian weddings are. Priyanka at the end of the day is like any other Indian girl, who had band, baaja and baraat at her wedding.

The article also highlights the overall myopic view that western media tend to have towards Indians. They seem half-interested, thereby doing half-baked stories on the basis of little or no research and presenting sometimes wrong facts to their audience.

The article also reflects badly on the editorial of 'The Cut'. I do understand its click-bait and contrarian views on trending topics work enormously well but some accountability needs to be there when one publishes an article where the author indulges in name-calling. The website serves as a platform to many who may form a completely misconstrued opinion about a woman who has worked really hard to be at the top of her game. Her fairytale wedding to the man she loves is her moment of happiness, but the article will just malign it to a certain extent.

*After receiving severe backlash, 'The Cut' has removed the article from the website. You can read their statement here