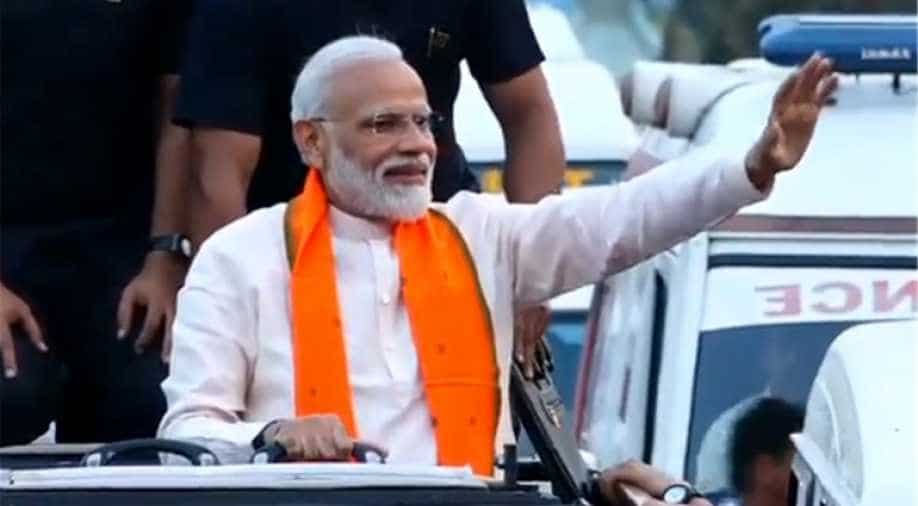 These elections are turning out to be a vote either for Modi or against Modi. Whatever seats BJP and its allies get will be primarily because of him.

Six out of seven phases are over for Lok Sabha elections, 2019. The fate of candidates in 90 per cent of the Parliament strength has been sealed.

Ground feedback, journalists and commentators differ in opinions on who is leading at the end of Phase six.

Some opinions are also coloured by their respective ideologies. Many experts claim there is a significant undercurrent, but are hesitant to call out the election outcome. The Indian voter is smart and is likely to have the last laugh on May 23, the day of the results.

While this election is being touted as wave-less, the 2014 verdict was clear from the onset. UPA-2, reeling under scams and a mega onslaught by Narendra Modi, was predicted to lose.

A year ago (in 2018), 2019 elections was a done deal. Rahul and Congress were preparing for 2024. A setback in Karnataka and losses in three Hindi heartland states put the BJP on the back foot.

Most opinion polls predicted a hung assembly in December 2018 and January 2019. Then in the aftermath of Pulwama and air strike 2.0, NDA’s fortunes revived.

The last of the polls showed NDA a few seats short of majority in April 2019. The fortunes of alliances have been swinging like a pendulum with NDA clearly ahead of others. While the BJP-led alliance is aiming to get to a majority, UPA and others are aiming to beat the NDA.

Many factors affect the voting behaviour of an individual. For some voters, issues are very important while for others, leadership matters; there are also those who back a particular candidate, caste, performance of government, ideology and whether he/she is a beneficiary of government scheme or not, among other motivating factors.

Also, it may not just be one factor but a combination of factors that affects voting behaviour.

Unemployment, corruption, price rise, farm distress and development are subjects, which feature regularly in the top 5 issues across elections in India.

While during the 2014 elections, price rise and corruption were the top 2 issues, in 2009 it was unemployment and price rise. Issues alone may not be the sole determinant of election outcomes.

As I travel across the country in my profession as a political consultant, many people ask me who will win the 2019 elections. For me the biggest question of 2019 election is, when one goes to vote, is he/she voting to elect a Prime Minister or elect a Member of Parliament?

Modi’s persona has helped BJP attain a simple majority on its own, in 2014, a feat accomplished after 30 years.

The Centre for Study of Developing Societies (CSDS) carried out a National Election Study 2014, which asked respondents, “While voting some people give importance to the local candidate, others to the state-level leadership of the party and some others to the prime ministerial candidate. How would you describe yourself?”

About 28 per cent voters gave importance to PM candidate and 26 per cent to the local candidate. The PM candidate was the topmost issue. What is this percentage likely to be in 2019, will determine the end results.

Modi’s popularity is still intact and this is even acknowledged by his detractors.

A middle-aged Uber driver in Delhi tells me he has a voter ID in Aligarh. He voted and believes that BJP is winning from there. The vote is not for the candidate, but for Modi.

From relatives in Bihar to voters in Bhubaneswar to cab drivers in Shimla, most people believe Modi is the panacea of most ills: from taking on poverty to teaching Pakistan a lesson. They also believe that while state governments could be different, at the Centre there is only Modi who can deliver the goods.

On Facebook live of Lallan Top, a popular online news portal, whose reporters are travelling through the length and breadth of Uttar Pradesh, many people on camera have been heard saying, “If there was no Modi, the BJP candidates would have lost their security deposits.”

These elections are turning out to be a vote either for Modi or against Modi. Whatever seats BJP and its allies get will be primarily because of him. The party realises this and that is why it has coined slogans like ‘Modi hai to mumkin hai’, ‘Phir ek baar Modi sarkar’. Everybody, obviously, is eagerly waiting for May 23. That clearly is the D-Day.