Middle East protests: A tug of war over who has the longer breath 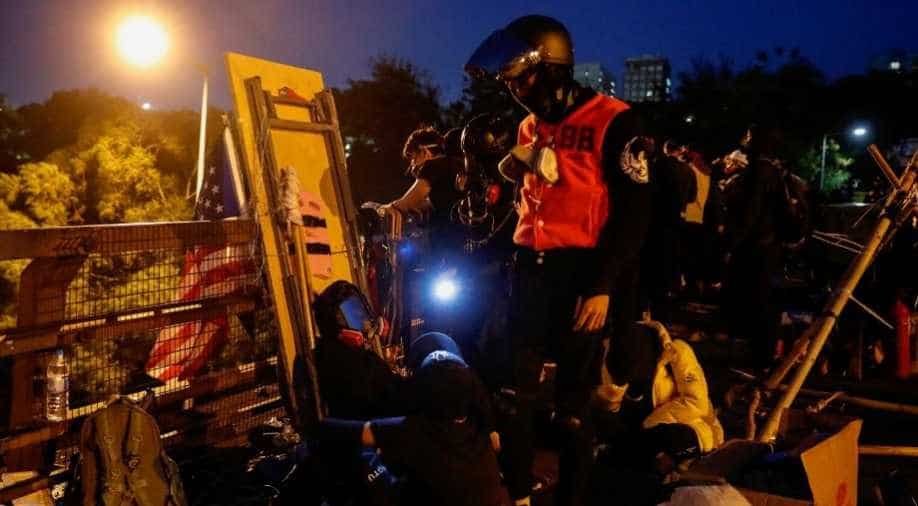 Mass anti-government protests in several Arab countries are turning into competitions to determine who has the longer breath, the protesters or the government.

In Algeria, Lebanon and Iraq, countries in which the leader was either forced to resign or has agreed to step down, authorities appear to be dragging their feet on handovers of power or agreed transitional power-sharing arrangements in the hope that protesters, determined to hold on to their street power until a political transition process is firmly in place, either lose their momentum or are racked by internal differences.

So far, protesters are holding their ground, having learnt the lesson that their achievements are likely to be rolled back if they vacate the street before having cemented an agreement on the rules of the transitional game and process.

Algerians remain on the streets, seven months after President Abdelaziz Bouteflika was forced to step down, in demand of a complete change of the political system.

Scores of recent arrests on charges that include “harming national unity” and “undermining the morale of the army” have failed to deter Algerians who refuse to accept the military’s proposed December 12 date for elections.

Lebanon enters its second months of protests with the government going through the motions but ultimately failing to respond to demands for a technocratic government, a new non-sectarian electoral law and early elections.

An effort to replace Prime Minister Saad Hariri with another member of the elite, Mohammad Safadi, a billionaire businessman and former finance minister, was rejected by the protesters.

"We are staying here. We don't know how long - maybe one or two months or one or two years. Maybe it will take 10 years to get the state we are dreaming of, but everything starts with a first step," said filmmaker Perla Joe Maaloula.

Weeks after agreeing to resign in response to popular pressure, Iraqi prime minister Adil Abdul Mehdi appears to be increasingly firm in his saddle.

Much like what prompted US President George H W Bush to first call in 1991 for a popular revolt against Saddam Hussein and then give the Iraqi strongman the tools to crush the uprising, Mehdi is holding on to power in the absence of a credible candidate acceptable to the political elite to replace him.

Mehdi’s position is strengthened by the fact that neither the United States nor Iran wants a power vacuum to emerge in Baghdad.

Backtracking on Mehdi’s resignation and refraining from appointing a prime minister who credibly holds out the promise of real change is likely to harden the battle lines between the protesters and the government.

The tugs of war highlight the pitfalls protesters and governments need to manoeuvre in what amounts to a complex game with governments seeking to pacify demonstrators by seemingly entertaining their demands yet plotting to maintain fundamental political structures that anti-government activists want to uproot.

The risk of a tug of war is that protests turn violent as happened in Hong Kong or in Lebanon where cars of parliamentarians were attacked as they drove this week towards the assembly.

Meeting protesters’ demands and aspirations that drive the demonstrations and figure across the Middle East and North Africa, irrespective of whether grievances have spilled into streets, is what makes economic and social reform tricky business for the region’s autocrats.

It is where what is needed for sustainable reforms bounces up against ever more repressive security states intent on exercising increasingly tight control.

Sustainable reform requires capable and effective institutions rather than bloated, bureaucratic job banks and decentralisation with greater authorities granted to municipalities and regions.

Altering social contracts by introducing or increasing taxes, reducing subsidies for basic goods and narrowing opportunities for government employment will have to be buffered by greater transparency that provides the public insight into how the government ensures that it benefits from the still-evolving new social contract.

To many protesters, Sudan has validated protesters’ resolve to retain street power until transitional arrangements are put in place.

It took five months after the toppling of President Omar al-Bashir and a short-lived security force crackdown in which some 100 people were killed before the military, the protesters and political groups agreed and put in place a transitional power-sharing process.

The process involved the creation of a sovereign council made up of civilians and military officers that is governing the country and managing its democratic transition.

Even so, transitional experiences have yet to prove their mettle. Protesters may have learnt lessons from the 2011 popular Arab revolts that toppled the leaders of Tunisia, Egypt, Libya and Yemen.

Yet, this time round, protesters lack the broad-based international empathy that 2011 uprisings enjoyed and are up against more than domestic forces backed by conservative Gulf states.

Powers like Russia and China make no bones about their rejection of protest as an expression of popular political will.

So has Iran that has much at stake in Iraq and Lebanon, countries where anti-sectarian sentiment is strong among protesters, even if the Islamic republic was born in one of the 20th century’s epic popular revolts and is confronting protests of its own against fuel price hikes.