From Arab Spring to Arab Satyagraha? 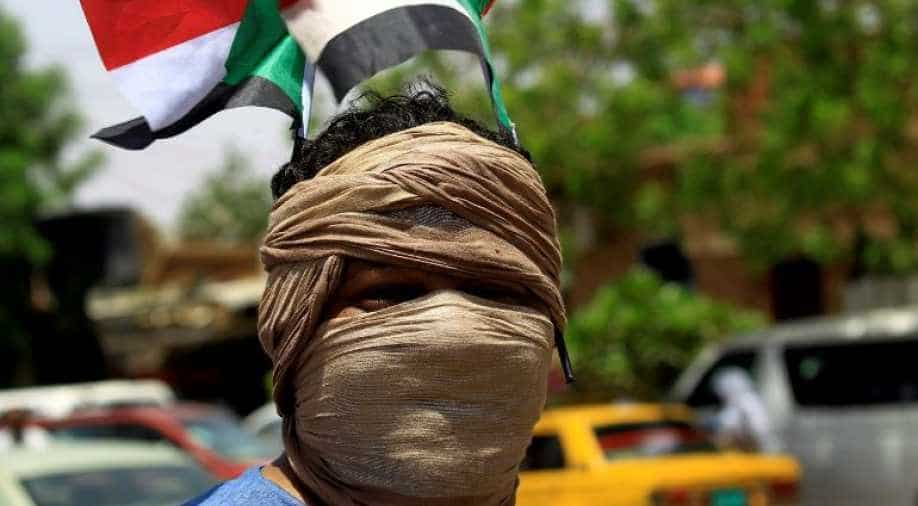 India has better acceptability in the Arab world than most outsiders. We need to play a constructive role in ensuring that the Arab Spring 2.0 has a more positive and harmonious outcome.

The Arab Spring phenomenon sparked on December 18, 2010, with a Tunisian fruit vendor Mohamed Bouazizi's self-immolation to protest against official corruption and indifference. The incident triggered unprecedentedly large anti-government protests in Tunisia which toppled long-established dictator Zine El Abidine Ben Ali and set the Arab Spring rolling across a number of Arab countries, such as Egypt, Libya, Yemen, Bahrain and Syria.

The mass protestors called for a more representative state for greater equity and better governance. With the solitary exception of Tunisia itself(1), the outcome of the Arab Spring was disappointing in most cases. Successful toppling President Mohammed Hosni Mubarak in Egypt led to a new constitution and a general election which ushered in a Muslim Brotherhood government. However, the new inexperienced government’s radical and populist policies, as well as its incompetence, led to its overthrow and Egypt went back to a military rule.

Arab Spring triggered civil wars in Yemen, Libya and Syria(2), making these countries poster children of its worst-case scenarios and veritable cautionary examples. The Arab Spring in Bahrain waded into an extant Shia – Sunni divide on the island, precipitating military intervention by fellow GCC states to sustain the status quo.

Nine years on, the inconsequentiality and failure of the Arab Spring to achieve are widely acknowledged and the “old normal” of non-representative, despotic and corrupt regimes has been re-enforced. But then, 2019 produced a surprise: A fresh wave of youth-led Arab Spring in each of Algeria, Sudan, Lebanon and Iraq. After a relatively more persistent but less violent confrontation, these public outrages have so far succeeded in toppling the rulers in first three countries – even as their transition to sustainable democracy is still a work in progress.

Iraq, the fourth, continues to be an outlier with escalating violence amidst angry, but mostly non-violent, youth and trigger happy security forces and militias claiming over 320 lives in the past month. However, given the contrast between huge oil revenues and widespread abject poverty(3), as well as, the proliferation of weapons and explosives, this figure should be considered as moderate. Although Iraqi President publicly declared that Iraqi Prime Minister Adel Abdul Mehdi would resign “as soon as a successor can be found”, the political coalition backing him agreed to give him more time to “meet the popular demands.”

A comparative study of the “Arab Spring 2.0” – as it is being billed – with its predecessor is quite revealing. The popular wish-list of the protestors remains largely unchanged: Replacement of the extant leadership and total overhaul of the political system with more transparent and representative governance, greater trickle-down of wealth and jobs and less sectarianism and repression. Although the protestors are quite motivated and well-mobilised, their lack of hierarchy and chain of command complicate the endgame. On the other hand, the ruling elites in these countries have not lost their determination to hold on to power. This time, however, they pretend to be more open and participative and toned down the Hogra(4) and their visibility. They have also revved up the use and surveillance of social media.

How is the Arab Spring 2.0 different? Firstly, both sides realise that it is a battle of attrition for the hearts and minds and it would be unrealistic to expect a quick and decisive breakthrough. Secondly, both sides have realised that the use of violent means is counterproductive. Both sides, therefore, feign a sense of injured innocence. Thirdly, the protestors have shunned all the traditional symbols of religious, sectarian, ideological nature and have not allowed infiltration by any anti-government elements. They have no political preferences or foreign paradigms to espouse.

Their demand for complete systemic overhaul may appear simplistic and utopian, but it avoids inner contradictions and friction, which can be exploited by the authorities. They have also managed to avoid any foreign affiliation, which is a kiss of death in a fairly xenophobic and Byzantine polity.  Fourthly, as a tactic, the protestors have avoided frontal, set-piece confrontations with the authorities; Instead, they have learned to be mobile and obstruct the elite at its various eco-political choke points and symbols, such as highways, banks, ports and airports. The fifth big difference this time is the erosion of state’s capacity to make concessions: The previous Arab Spring took place in an era of high oil prices, giving the authorities more resources to make token concessions to ease popular penury. This time, the discredited State apparatus has not only lost its aura of invincibility but also the financial capacity to buy its way out of this quandary.

All bets are off as this uncharted confrontation between an irresistible force and an immovable object plays out. Eventually, a Sudan-type solution appears the most probable outcome. It would be recalled that after a chaotic and protracted confrontation with protestors, the military clique removed long-ruling President Oman Hassan Al-Bashir in April this year. After much shuffling of political cards, an impromptu association of Sudanese professionals and the new military dispensation negotiated an agreement to share power in a transitional period. IGAD, a regional body, led by Ethiopian Prime Minister facilitated this arrangement. It is quite ironical that after nearly a lost decade which has witnessed unprecedented strife, death and destruction, the antagonists are rewriting their respective rule-books to provide for a degree of non-violence and mutual accommodation.

This turn of Arab Spring 2.0 has two salient points for India too. Firstly, it is quite symbolic that as we mark the centenary of Jalianwala Bagh Massacre this year, Bapu’s message of non-violence finds relevance in the Arab world, a longstanding redoubt of “might is right” aphorism. Secondly, as experience in Sudan and elsewhere has demonstrated, the Arab Spring is essentially about the deficit of political institutions, which are either non-existent or weak or lacking in credibility. The various attempts to cover this flaw by fostering the personality cults are being rejected(5).

During the first Arab Spring, India was disinterested outsider, while our traditional penchant for non-interference in other’s domestic affairs is understandable, we are also a thriving democracy. Over the past seven decades, we have evolved a number of credible and effective political institutions suited for a multi-ethnic, tolerant society such as those affected by Arab Spring 2.0. This proven set of institutions in a typical 'Third World' setting is far more relevant to the needed politico-economic solutions than any other available model(6). Besides, India has better acceptability in the Arab world than most outsiders. All these attributes provide us with the capacity to hold the hands of these societies to help them make the right political choices. We need to step out of shadows this time and play a constructive role in ensuring that the Arab Spring 2.0 has a more positive and harmonious outcome. This could be the best tribute to Mahatma Gandhi, the apostle of non-violent Satyagraha, as we mark his 150th birth anniversary.

1. Where a largely peaceful transition to democratic polity took place as was affirmed by the second general election last month
2.  Which are still raging with considerable foreign involvement.
3.  Although Iraq, OPEC’s second largest oil producer, is expected to earn $ 79 billion in oil revenue this year, 22% of its population lives below poverty line and a third of Iraqi youth are unemployed.
4.  “official arrogance” in Algerian Arabic dilect
5. For instance, when the Lebanese demonstrators demand “all of them out”, they essentially want a technocrats-led government new institutions to replace all the current set of politicians who have played sectarian musical chairs for past three decades at public expense.
6. For example, our expertise and experience in holding elections can be helpful in creating a credible and elegant exit from this confrontation. 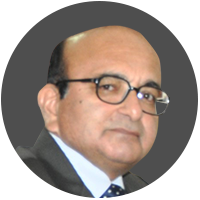 The author, a retired career diplomat, was Indian Ambassador to Algeria, Norway and Nigeria. He presently heads Eco-Diplomacy and Strategies, New Delhi.