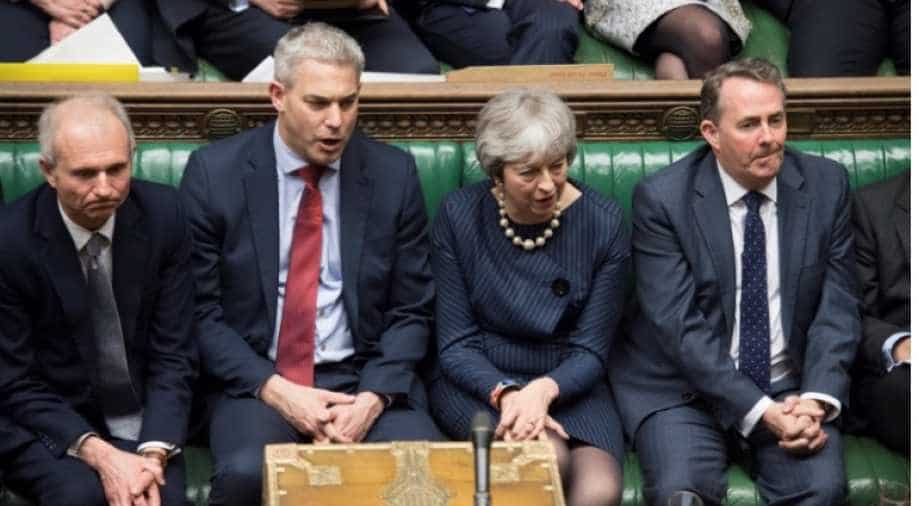 Theresa May’s own mishandling of the entire project should form the centre of any analysis of how the UK got where it is now. However, she had many handmaidens helping her along the way.

For all the complexity that surrounds how (and, crucially, if) the UK leaves the European Union, the story of how it got into its current situation is actually incredibly simple. The Brexit that Prime Minister Theresa May has tried to engineer, a product of the internal tensions of her own party, was doomed from the start.

Coming to power as she did in the aftermath of the referendum, May made the one decision from which all her other missteps of the last few years would stem: she chose to represent one side, and one side only of the Brexit debate, and used this as the guiding star for her entire approach to Brexit.

From the moment she took office, she drew the reddest of red lines. At her Conservative Party conference speech in 2016, she introduced the mantras that would come to define her. We heard that “Brexit means Brexit”, that Britain would have a bright future as a sovereign nation outside of the EU.

A few months later at Lancaster House, she told the country she aimed to end the jurisdiction of the European Court of Justice in the UK. That essentially meant committing to leaving the single market and the customs union. Across these speeches, she also introduced into the political lexicon the phrase that has haunted most politicians since – that the “losers” of the 2016 referendum must respect the result as the “will of the people”.

Later still, as prime minister, May called a snap election in the name of helping her deliver Brexit. She openly dismissed anyone opposing Brexit – which at the very least meant the 16.5m who had voted remain – as “playing games with politics”.

In hock to the hardline Brexiteers within her own party, May pushed a for a version of Brexit that would make this small group of around 100 or so individuals happy, regardless of what millions out in the country though.

The impact of this approach should not be underestimated. It not only polarised the national debate, entrenching the fissures brought forth by the referendum, but it bound May to an approach to Brexit negotiations that rendered her deal dead on arrival. Her commitment to essentially a pure Brexit meant a border between the UK and the EU in Ireland or a softening of the very parameters she had staked her entire project on. It’s not hard to see how this would end.

Failings across the board

May’s own mishandling of the entire project should form the centre of any analysis of how the UK got where it is now. However, she had many handmaidens helping her along the way.

Indeed, almost all MPs were blindsided by the result of the referendum. They were then rapidly cowed into submission by the “will of the people” mantra. The overwhelming parliamentary support for triggering Article 50 in February 2017 is a great example of this.

But there are individual MPs, and smaller groupings, who would help dye May’s red lines even redder. Of course, the European Research Group (ERG) has been key. Vocal ideologues like Iain Duncan Smith and Jacob Rees Mogg have kept the pressure up, hoping for a hard Brexit. For all their protestations, such a plan has never come close to carrying majority support in parliament.

In addition to the ERG, there are individual politicians who appear to view the whole exercise as one, great political game. Boris Johnson is the example par excellence. He amends his position on May’s deal according only to how it seems to apparently benefit his own leadership aspirations. And Nigel Farage – the most arch of the arch Brexiteers, who played a major role in the Brexit campaign, even if not an official one – continues to make great personal headway out of the whole farrago. He has radio shows, TV appearances, transport in private jets. He has most recently even been seen enjoying jolly japes with his supposed enemies in the EU.

But perhaps the greatest helping hand May has had in limping towards the sad end of her Brexit project has come from the opposition. Blindsided by the fact that many of their constituencies voted Leave, and led by a man who is historically a eurosceptic, Labour has failed throughout the past two years to do the one thing the House of Commons is built to engender. Labour’s approach has been constructive ambiguity.

Though this may now finally be shifting at the eleventh hour, for nearly three years, Labour has neither come out against May’s Brexit or Brexit in general out of fear of its Leave constituents. It has therefore failed to challenge the government on its legislative programme. It has robbed the country of the one thing it needed more than ever in the face of a minority government that wasn’t listening – strong and clear opposition.

None of the above is particularly new, or hidden, or opaque: it is there in the historical record, for all of us to see. And it must be seen: to move past the unparalleled failure of May’s Brexit, the UK needs to learn – and quickly – from the woeful mistakes of a woefully unprepared political class.