What should India do now to fight China's provocations? If those in the Indo-Pacific region care to limit China’s territorial encroachments, they must directly counter China’s behaviours and intentions.

Since late May, China has positioned nearly 5,000 troops and occupied at least three areas along its disputed border with India, known as the Line of Actual Control (LAC). In some instances, armed forces on both sides have punched, kicked, and thrown stones. 20 Indian and reportedly 35 Chinese soldiers have been killed, many others have been injured, and both sides have prepared heavy weapons in the event of further escalation. Even if the tensions ease, they will not vanish completely, and important questions remain. Why is China provoking India? What should India (and others in the Indo-Pacific region) do? With regard to China’s motivation, the clash along the India-China border has three important similarities with the situations in the South China Sea and the East China Sea. Examining these similarities helps to contextualize China’s actions along the LAC and indicates how India, as well as neighbours like Vietnam and Japan, should respond to China’s provocations.

The first similarity of note is China’s repeated disregard for international law when laying claim to new territory. In the South China Sea, the Permanent Court of Arbitration at the Hague rejected China’s claim to sovereignty over much of the South China Sea in 2016. Despite this, China continues to claim and occupy the area. In the East China Sea, China did not claim the Senkaku Islands before the 1970s. China’s attitude has since changed due to the potential existence of oil reserves in the East China Sea. Now, Chinese Coast Guard ships enter Japan’s territorial waters surrounding the Senkaku Islands and pursue Japanese fishing boats to claim sovereignty over this sea. The nonobservance of this international border further demonstrates China’s attitude of territorial entitlement and disrespect for international law. And China is expressing the same attitude at the India-China border. In this case, Dr Lobsang Sangay, the President of the Tibetan exile administration, expressed that the Dalai Lama considers the disputed territories of both Ladakh and Arunachal Pradesh (along the LAC) to be a part of India. Thus, there is a high possibility that China’s claim to areas along the India-China border is legally baseless.

A second recurring facet of China’s behaviour is its exploitation of military power vacuums. For example, China occupied half of the Paracel Islands just after France withdrew from Indochina in the 1950s. In 1974, China expanded its presence to all of the Paracel Islands after the US withdrew from South Vietnam. Additionally, China occupied six features of the Spratly Islands after the Soviet Union decreased its military presence in Vietnam in 1988. Again in 1995, China laid claim to Mischief Reef after US troops withdrew from the Philippines.

In the India-China border area, the military balance has changed recently, causing China to mistakenly infer that there is a power vacuum. According to the SIPRI Military Expenditure Database published in April 2020, from 2010–2019, China increased its military expenditures 85 per cent. In comparison, India increased its expenditures by 37 per cent. Though India’s military defences along the Indo-China border are not weak, the gap between the two countries’ defence budgets has widened in the last decade. And along with the greater relative increase in military spending, China’s military activities have also increased. In 2011, China has made about 213 incursions into the LAC. But since 2011, the number of incursions have increased greatly: 426 (2012), 411 (2013), 460 (2014) , 428 (2015), 296 (2016), 473 (2017), 404 (2018). And last year, the number reached 663 incursions. This year, when India and the world are focusing on the COVID-19 crisis, China is trying to exploit the situation even more aggressively.

Finally, China’s arguably lawless expansionism is usually paired with an effort to exclude countries that are outside the region. In the South China Sea, China blames its assertive behaviour on the intervention of outsiders. Similarly, in the case of the India-China border, China is trying to halt Indian cooperation with the US, Japan, and Australia, which India’s Prime Minister Narendra Modi has stepped up of late. This month, India just concluded a Logistical Support Agreement with Australia. If India and Japan conclude a similar pact, all four countries will have agreed to Logistical Support Agreements (Japan calls this agreement Acquisition and Cross Servicing Agreement, instead of LSA). China believes the agreements among these four countries are an effort at containment and therefore wants to stop them. To do so, which country would China choose to pressure? The most likely answer is India because China and India share a nearly 4,000 km land border (unlike the US, Japan, and Australia), allowing China to leverage its army. Moreover, China perceives that it can more easily persuade India to leave the US-led security framework because India and the US are not formal allies. Much like its behaviour in the South China Sea, China is using its military to pressure India to drop foreign partnerships that might inhibit China.

China’s lack of respect for international law, expansion of territorial claims where there are power vacuums, and efforts to exclude outside actors from the regional intervention are all common themes of China’s exploits in the South China Sea, East China Sea, and now the India-China border. Thus, the question remains—how do countries affected by China’s ambitions, like India, Vietnam, and Japan, respond? Knowing the pattern of China’s behaviour points toward the answer: they should do the opposite of what China wants. First, countries around China must continue to respect the rules-based order grounded in current international law. Second, China’s neighbours need to fill military power vacuums by increasing their defence budgets. And third, countries around China need to continue to enhance security cooperation with the US, Australia, and other like-minded countries. When India, Vietnam, Japan, etc., cooperate with the US, Australia, or other like-minded countries, the partnerships should promote not only regional security (helping to fill those power vacuums), but also economic cooperation. The strength of China’s army depends on an ample military budget. Thus, China’s neighbours should avoid supporting China’s economy (and hence funding its military) by strengthening relations with the US, Australia, and other like-minded countries. If those in the Indo-Pacific region care to limit China’s territorial encroachments, they must directly counter China’s behaviours and intentions. 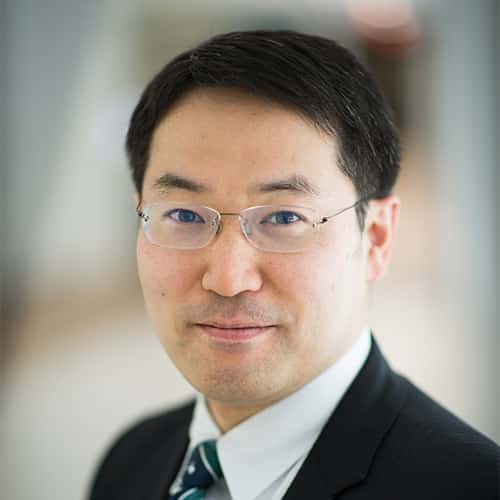