Union Budget 2020: Government has taken bold steps to put economy back on track 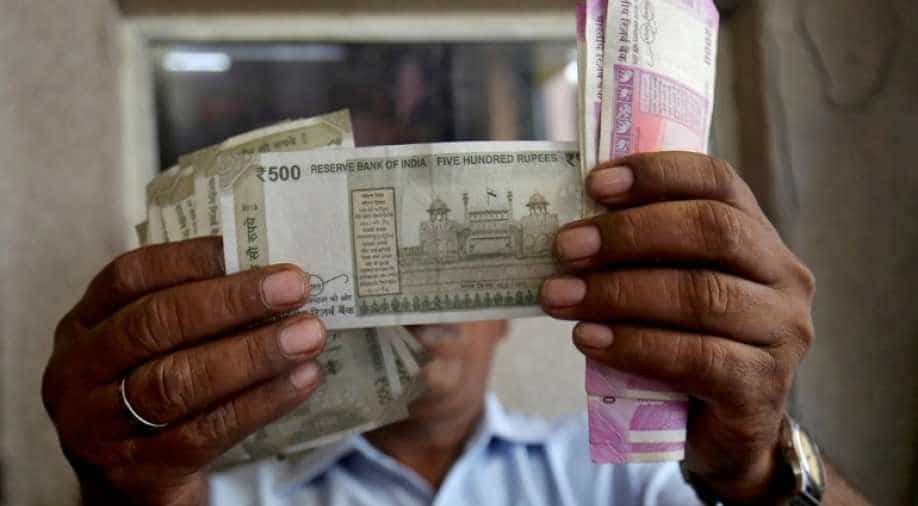 The USISPF chief further said the US companies, from a long-term perspective, expect from the annual budget a sense of predictability, transparency and concentrated process. Photograph:( Reuters )

On February 1, 2020, the Union Finance Budget was introduced in the Lok Sabha by the Finance Minister of India, Nirmala Sitharaman. Before the introduction of the budget, the main issues concerning the economy were the decline in consumer spending and investments. The government has aimed to remedy these problems by bringing changes in the taxation structure and by providing for disinvestment in government-owned assets with the objective of infusing more money in the economy. This is definitely a bold step taken by the Ministry of Finance to spur the economy back on track.

An attempt has been made by the government to place more money in the hands of the general public and certain specific policies have been introduced by placing a few key sectors into prominence. The Agricultural, Rural Sectors along with the Infrastructure Sector, coupled with new policies of taxation and disinvestment have prominently been placed in the budget to accomplish the objectives of the government.

In the budget presented for the fiscal year 2020-2021, Agricultural and Rural sectors have been allotted a total of Rs.2.83 lakh crores, out of which, Rs.1.6 lakh crores are being dedicated to the betterment of irrigation facilities available to the farmers and Rs.1.23 lakh crores being allotted for rural development. Specific yojanas such as the PM-KUSUM have been revisited and subsequently strengthened by enlarging the applicability of the Yojna to twenty lakh farmers and by providing for additional benefits under the aforementioned Scheme. In addition to this, the budget has additionally come to the help of the farmers by providing for Krishi Rail Services and Krishi Udaan Services, through which the transportation of perishable goods has been aimed to be bolstered. The government has also focussed on the 'blue economy' of the country by aiming to involve the youth of the country in the fishery sector by providing for 3477 Sagar Mitras and 500 fish farmer organisations, aiming to increase the export of the aforementioned sector to Rs.1 lakh crore by 2024-2025.

Additional provisions have been made wherein the tax assessees have the option of subscribing to the old tax rates in case they want to claim certain benefits, but in order to claim the benefit of the new tax brackets, assessees would have to conform to the new scheme.

The government has also brought a notable change by changing the applicability of Dividend Distribution Tax. The tax was earlier imposed on companies but is now liable to be paid by individuals. In another boost to the companies, the threshold for exemption on the taxes payable by startups on the profits has been increased to Rs.100 crores from Rs.25 crores. Furthermore, previously the exemption on tax on profits of start-ups was limited to three years out of seven assessment years. This has also been proposed to be revamped to seven years out of ten years.

Another welcome change that been brought about by the government through the present Union Budget is that the Deposit Insurance Cover has been increased for the first time since the year 1993 from Rs.1 lakh to Rs.5 lakhs.

WATCH: Budget 2020 - what it means for foreign investors?

The government has allocated a total of Rs.100 lakh crores to be invested into the sector of infrastructure over the next four years. This has been sought to be materialised by focussing on the development of 100 airports under the 'Udaan Scheme' and the development of 55 new smart cities.

The Union Budget has made an attempt to bolster this section of the society by providing enhanced funds for the citizens falling under this category. The amount allocated to accomplish the objectives of the 'Poshan Abhiyan' stands at Rs.35,600 crores. A task force has been formed to deal with the issue of young women entering into motherhood and their desire to pursue higher education at that stage. The task force is to report back within six months' time with their recommendations. Additionally, Rs. 28,600 crores have been specifically allotted for programmes specific to women.

Moreover, under the head of Social Welfare Sector, the Central Government has allocated Rs.85,000 Crores and Rs.53,700 Crores for Scheduled Class and OBC's and Scheduled Tribes respectively, to honour their commitments towards this section of the society.

In view of the major highlights of the Union Budget as explained above, the government has aimed at increasing the purchasing power of the general public by coming out with such policies and schemes which aim to increase consumer expenditure and subsequently, the volume of investments made in the economy. Overall, the budget presented has focused on some key areas of the economy and society. Efficient utilisation of the allocated resources will lead to the accomplishment of socio-economic objectives of the government.