On the margin | Ukraine crisis will test Europe’s mettle 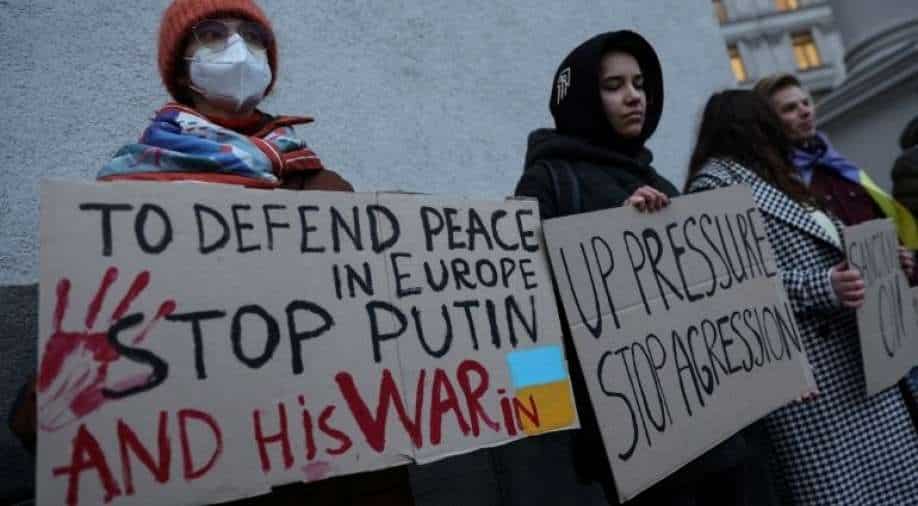 As the West’s movers and shakers shuttle between European capitals and Moscow, Kyiv, and Washington to prevent war after Russia’s recognition of and troop deployment in east Ukraine’s breakaway territories of Donetsk and Luhansk, Europe is impaled on the horns of a dilemma.

Of necessity, the European Union leadership has to condemn Russia’s military mission, speak up for Ukraine’s sovereignty and territorial integrity, and stand with US President Joe Biden in spite of little clarity on the course ahead. Sanctions against the separatist territories and Russia, and Germany’s decision to hold off on the certification of the Nord Stream 2 pipeline does not in any way address the fallout of the US-Russia conflict on Europe. The soaring price of petroleum amidst Europe’s crying need for oil, which can be met only at a higher cost in the absence of supplies from Russia, is only one of many challenges that Europe would be facing. Doubtless, the much higher price Europe pays for oil would add to its financial burden at a time when it was recovering from the economic woes caused by the pandemic.

However, there may be hope of easing the economic burden with the de-escalation of the Russia-Ukraine conflict, which process may well depend, among a host of imponderables, on a summit meeting between Biden and Russian President Vladimir Putin.

A greater long-term challenge Europe as a union is facing in this fraught situation is a leadership vacuum. There is no Angela Merkel, who took Germany to its unipolar moment in world affairs. Nor is there anyone else anywhere near the stature she attained during her long years of steering Germany and Europe firmly on an independent trajectory based on a vision informed by the Continent’s interests as well as values.

German Chancellor Olaf Scholz had barely time to settle in when the US-Russia crisis erupted and, as Europe’s economic powerhouse and leading nation, it is Merkel’s Germany that had set the terms of its engagement with both the US and Russia. With Chancellor Scholz yet to get into stride, French President Emmanuel Macron lost no time, early on in the crisis, in setting forth on a peace-making mission to meet President Putin and Ukrainian President Volodymyr Zelenskyy.

Macron appears to have emerged as Europe’s spearhead, ready to take all the necessary measures to prevent a war in Ukraine. The French President’s office, after his initial meetings with Putin and Zelenskyy, underscored the “very high” likelihood of a major escalation in Ukraine and said that Macron “will take all the risks to preserve stability and peace in Europe.”

There is much speculation over why Macron plunged in to take on this role of a peace-maker striving for a diplomatic solution to the conflict. One interpretation is that he is seeking to boost his image in view of the upcoming presidential election in France although he has yet to throw his hat in the ring. Even if the image build-up, including as Europe’s new leader after Merkel's exit, be his intent, there is still more to Macron’s involvement than meets the eye. Post-Merkel Europe is yet to acquire a leader of comparable heft and influence as the voice of the liberal democratic West. She remained a firm ally of the US including in NATO but was unafraid to differ and dared to pursue a defence, economic affairs and foreign policies that could not be dictated by the US, EU or the NATO brass. This was particularly evident in her dealings with Russia and China, much to the discomfiture of Washington.

Her comfort level with Putin was, and perhaps still is, unrivalled in the West, for a number of reasons. Apart from personal chemistry, both Putin and Merkel were at home speaking in both Russian and German. Merkel had studied in Russia and Putin had served as a KGB officer in Berlin. He knew Germany and Europe as only an exceptional agent could have known, and this was matched by Merkel's deep grasp of Russian affairs. Both have helmed their respective governments for long years during which time heads of many governments have changed.

It's not easy for Scholz to fit into her shoes as he is yet untested in international waters. To carry on Merkel's legacy is a tall order especially if that calls for standing up to Washington—it will take Scholz a while, if that, to transition to a stage and stature where he can do that. Equally, he needs that stature for dealing with Putin from a position of strength. So far he has stood his ground against both Biden and Putin, but Scholz still needs to earn his spurs to wield the kind of clout that Merkel did in these two capitals.

Until then, Putin cannot rely on Scholz to do what Merkel did, which leaves Putin without a familiar and seasoned leader to deal with in Europe. Macron, perhaps, sized up this scenario and seized the moment to play mediator in the US-Russia conflict over Ukraine. In dealing with Putin, Macron commands a level of trust that, perhaps, few European leaders enjoy at present. Besides, France has a score to settle with the US (and the UK and Australia) for being done out of the settled submarine deal—which he may see as a pact between the Five Eyes (English-speaking nations) against France. And, France, as one of the P-5, can tilt the balance when Russia with China is ranged against the US with a lame-duck UK in tow.

In the absence of Merkel, Macron as a experienced European leader who has been dealing with Russia, is all too aware of Moscow's geopolitical and security concerns in the Middle East, where France too has some chestnuts in the fire. Moreover, Putin is also said to know French although how much of it he uses in interactions with Macron is not known.

So, this is that breach which Macron has stepped into, perhaps with an eye on a new leadership profile in the EU, another term as president and scoring a point against the Anglo-American axis.