Is analysis of COVID-19 origins based on Chinese Communist Party's lie? 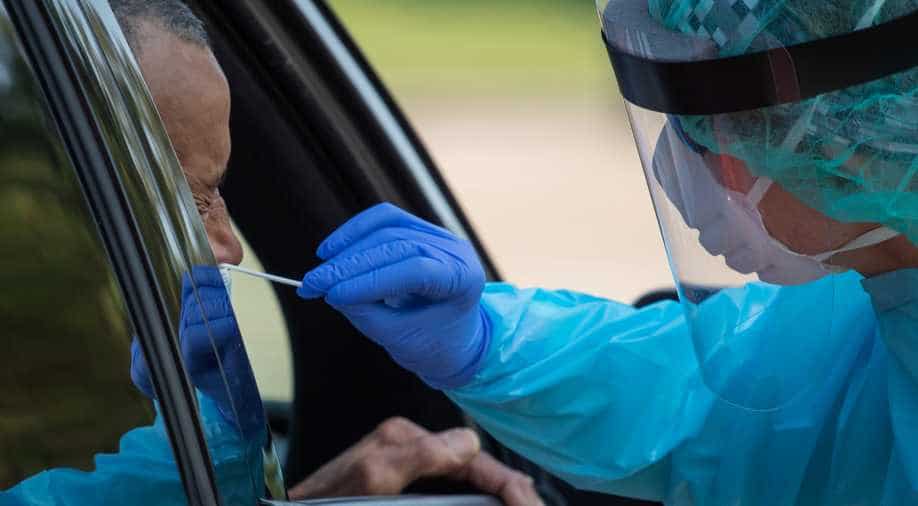 A virus "re-discovered" by a Chinese virologist bore "96.2 per cent" resemblance to Covid-19 virus, thereby implying that coronavirus was naturally occuring. However, new revelations say that the "re-discovered" virus can only exist on paper.

Ever since it was first identified as the closest relative to the COVID-19 virus, SARS-CoV-2, the bat coronavirus RaTG13 has been at the center of hundreds of scientific articles attempting to trace the origin of the pandemic.

But is RaTG13 real or has the global scientific community been chasing a false blip on the radar screen?

According to China’s narrative, in 2013, “bat woman” Zheng-Li Shi and her team from the Wuhan Institute of Virology were asked to investigate the virus profile of a mine shaft in Yunnan Province after six miners contracted pneumonia with symptoms similar to Severe Acute Respiratory Syndrome (SARS).

After sampling the mine shaft for a year, the researchers identified a diverse group of bat coronaviruses from bat fecal samples, one of which was designated RaBtCoV/4991 (National Institutes of Health GenBank accession number KP876546), whose partial sequence was published in a 2016 Virologica Sinica article.

After that, RaBtCoV/4991 virtually disappeared from the scientific literature, until 2020, when it was inexplicably renamed RaTG13.

In their article in Nature (February 3, 2020) Zheng-Li Shi and her colleagues stated that the coronavirus RaTG13 showed a 96.2 per cent sequence identity with SARS-CoV-2 and, therefore, “RaTG13 is the closest relative” forming a distinct lineage from other coronaviruses and supporting China’s persistent claim that SARS-CoV-2 is naturally-occurring.

Since then, nearly all the scientific research studying the origin of SARS-CoV-2 has been based on the assumption that it evolved from RaTG13.

Unfortunately, RaTG13 is not actually a virus because no biological samples of it exist. It is a sequence of a virus for which there are now serious questions about the accuracy of that sequence.

In a July 31, 2020 Science article Zheng-Li Shi admits that her laboratory never cultured the virus confirming that RaTG13 exists only on paper.

China has long implied that RaTG13 was “re-discovered” in 2020 after the onset of the pandemic via a search of its coronavirus database.

That claim was echoed by Peter Daszak, President of the EcoHealth Alliance and long-time collaborator of the Wuhan Institute of Virology.

“We found the closest relative to the current SARS-CoV-2 in a bat in China in 2013. We sequenced a bit of the genome, and then it went in the freezer; because it didn’t look like SARS," he stated.

Contrary to those claims, there appear to be 33 separate reads of the genetic sequence for RaTG13 on the NIH database between June 2017 and October 2018 of which only Chinese or selective Western scientists could have been aware.

Already in May 2020, comments were appearing on scientific blogs about the unusual mutation pattern between RaTG13 and SARS-CoV-2 as expressed by the ratio of non-synonymous to synonymous substitutions.

That analysis suggested a mutation pattern that would not be compatible with a natural evolutionary process.

Two scientific studies have recently been published “The anomalous nature of the fecal swab sample used for RaTG13 genome assembly as revealed by NGS data analysis” and “Anomalies in BatCoV/RaTG13 sequencing,” both of which raise serious and detailed questions about the accuracy of the RaTG13 sequence, the latter stating unequivocally:

“The sequencing of BtCoV/RaTG13 cannot be considered to be valid or honest as is, and any publications…that cite or use RaTG13 as critical pieces of information or proof must be immediately invalidated and retracted.”

The lack of any biological sample of RaTG13 available for independent testing and the growing volume of evidence raising questions about the accuracy of the RaTG13 sequence, places in doubt the validity of all the scientific studies using RaTG13 as a basis for comparison.

Without RaTG13, the entire theory of a naturally-occurring COVID-19 virus collapses.

(Lawrence Sellin, Ph.D. is a retired U.S. Army Reserve colonel, who previously worked at the U.S. Army Medical Research Institute of Infectious Diseases and conducted basic and clinical research in the pharmaceutical industry. His email address is lawrence.sellin@gmail.com.