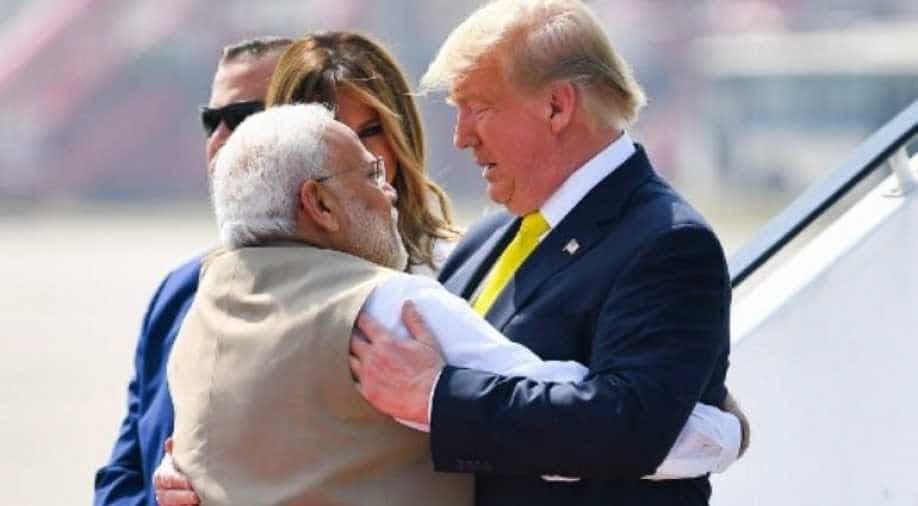 Here's what experts have to say about the India-US ties and the bonhomie between the US President Donald Trump and Prime Minister Narendra Modi:

Indians have been voting for democratic, Indians are in large number in Florida and Virginia, Indians can play an important role in Ohio. Religious freedom has made a huge dampener on the overall picture of India's image and it depends on PM Narendra M\odi on how he navigates this with President Donald Trump.

If discussions on defence and energy are on the better side, it is a win-win situation for India. The hugs, comforts, and food is not the main course. Let India start focussing at Indo-Asia as a true global power. India should stop flexing muscle verbally and take a stronger position at issues that matters.

Indian mindset of doing business is very different, these two leaders and their mindset will make the difference. The relationship between PM Narendra Modi and US President Donald Trump should be making the best advantage for both the countries.

President Donald Trump is more about creating jobs for Americans, at the same time having deeper relations with India and other nations. You can see the robust growth in the American economy,  you can see the jobs coming back and India can take advantage of that. The potential is huge given the leadership in India decides to make with the visit of the US President visit.

India will not be dictated to by any country. We will keep the relationships as we want - cooperation is not fostered with preconditions. We will negotiate with the US as we negotiate with anyone else.

QUAD is going well - that will expand, but we will not allow anyone, US, Russia, and China to dictate us. Right now, I'm not worried by Washington Post and New York Times. We will decide what is in our national interest, right now it is in correspondence with the US.

There are a lot of similarities between US President Donald Trump and PM Narendra Modi, the bonhomie, the approach, the minorities.

The US economy is doing the best in decades whereas the Indian economy is just the opposite. The relationship should now start moving beyond the bilateral.

During the last presidential visit of President Barak Obama, we heard something on Indo-pacific, something similar is expected with a bigger growth in wider aspect this time. I'm sure Afghanistan and the Middle East will be a part of the discussion as India looks at itself as a leading nation. This being the defining moment India needs to move up.

Noth sides are very much on building the relationship, all US Presidents coming to India in their first term show the commitment. Containment of China is US position, India's position is managing china, freedom of navigations and freedom of seas is very critical for India.

(Disclaimer: The opinions expressed above are the personal views and do not reflect the views of ZMCL)