Woman successor should be 'more attractive' or people would not prefer seeing her face: Dalai Lama 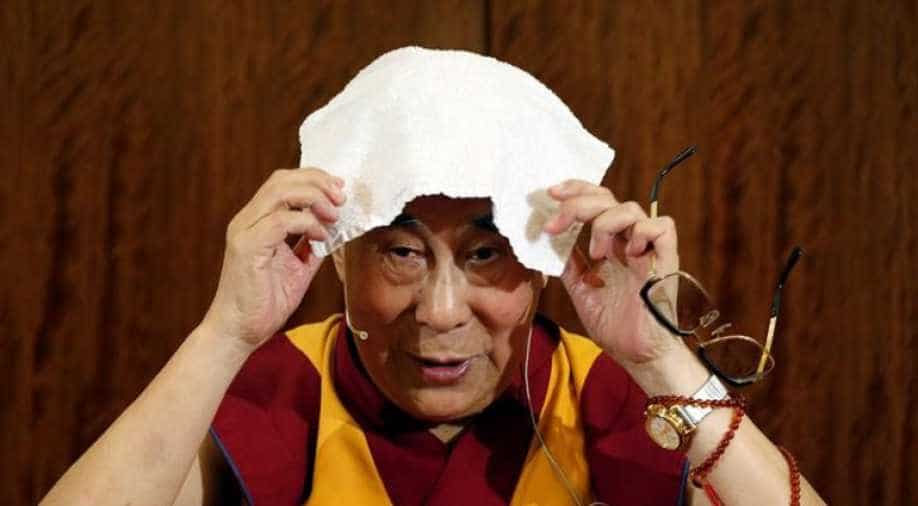 After 1959's Tibet uprising against the Chinese rule, Dalai Lama along with thousands of Tibetan fled for an exile in India.

The exiled spiritual leader of Tibetan Buddhism, Dalai Lama came under fire on Sunday as he said, his successor in case of woman needs to "more attractive" otherwise people would not "prefer" seeing her face.

In 2015, during an interview with BBC, the Dalai Lama had commented that if a female Dalai Lama comes then she would have to be attractive, "otherwise it’s not much use."

In the latest interview, the BBC reporter again asked about his stand on his earlier comments to which he reiterated that the female Dalai Lama should be "more attractive" or  people would prefer " not see her, that face."

"If a female Dalai Lama comes, she should be more attractive," Dalai Lama answered adding, If not, "people, I think prefer, not see her, that face."

"Real beauty is inner beauty, that's true. But we're human beings. I think the appearance is also important," Lama said in an answer when the reporter asked him "It's about who you are inside, isn't it".

This was perhaps the most surprising moment in the interview. I asked the Dalai Lama if he stood by his earlier comment that if his successor was female, she should be attractive.

I am curious to know if attractiveness was a quality looked for when monks went to look for him??? ‘We have found the Dalai Lama but wait he is not attractive’

The Dalai Lama has stood by his earlier comments that if his successor was female, she should be attractive. And this is the man we look to for inspiration. Sure he’s just like every other man. https://t.co/pS6y0qt6F9

Apart from these, The Nobel peace prize winner also raised eyebrows as he said that European nations should be take in those who are fleeing their home countries but later they should return to their own countries.

"European countries should take these refugees and give them education and training, and the aim is – return to their own land with certain skills."

He continued, "But the whole of Europe [will] eventually become Muslim country – impossible. Or an African country, also impossible."

After 1959's Tibet uprising against the Chinese rule, Dalai Lama along with thousands of Tibetan fled for an exile in India. He has been living mostly in Himachal Pradesh's Dharamsala since then while his supporters operate a government-in-exile.