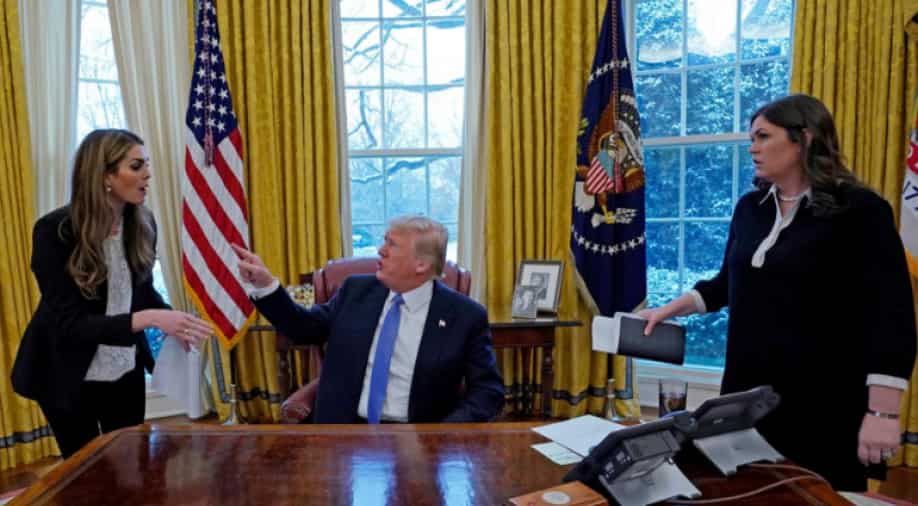 US President Donald Trump speaks with Hope Hicks during an interview in Washington. Photograph:( Reuters )

One terrorist has been killed in an encounter with security forces in Bandipora district of Jammu and Kashmir. The incident took place in Hajin area of the district.

US retail giant Walmart announced Wednesday that it was raising to 21 its minimum age to buy firearms and ammunition, the latest US company to recalibrate its stance on weapons after a deadly Florida school shooting.

Cops to be deployed near schools to deter eve-teasers: Kejriwal

Delhi Chief Minister Arvind Kejriwal on Wednesday said a beat constable would be deployed near every school during the closing hours to ensure the safety of the girl students from eve-teasers.