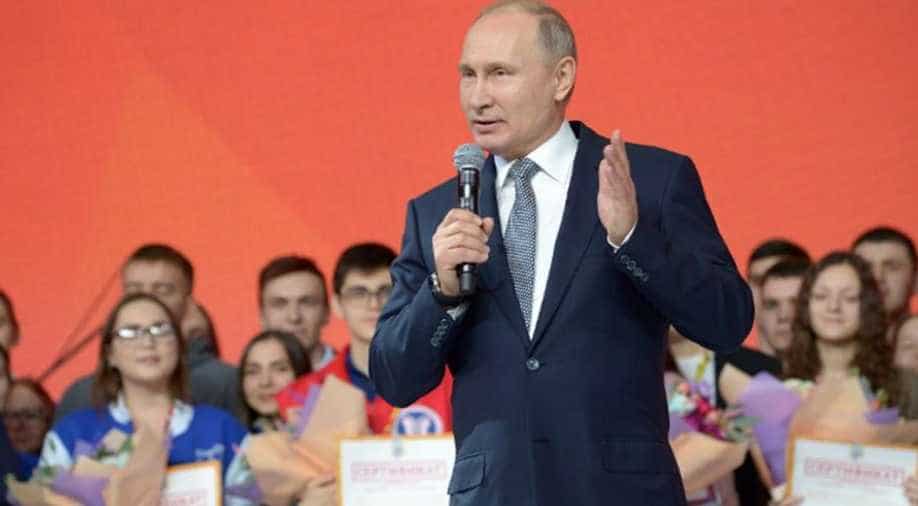 Russia's Putin wins yet another term but what happens in 2024?

The YSR Congress and the Telugu Desam Party will pitch for taking up their notices of no-confidence motion against the Modi government when the Lok Sabha meets today amid no signs of a let-up in the deadlock in its proceedings.

Kim Jong-un 'has given his word' on denuclearisation: South Korea

North Korea's Kim Jong-un has "given his word" that he is committed to denuclearisation, South Korea's foreign minister Kang Kyung-wha was quoted as saying on Sunday.

App-based cabs Ola and Uber will begin with a strike in Mumbai on Monday for an indefinite period. The strike has been called by Maharashtra Navnirman Vahtuk Sena, the transport wing of Raj Thackeray led MNS.

President Donald Trump Sunday intensified his attacks on Robert Mueller's Russia investigation as biased against him, but stopped just short of targeting the special counsel — whose ouster lawmakers warned would cross a "massive red line."