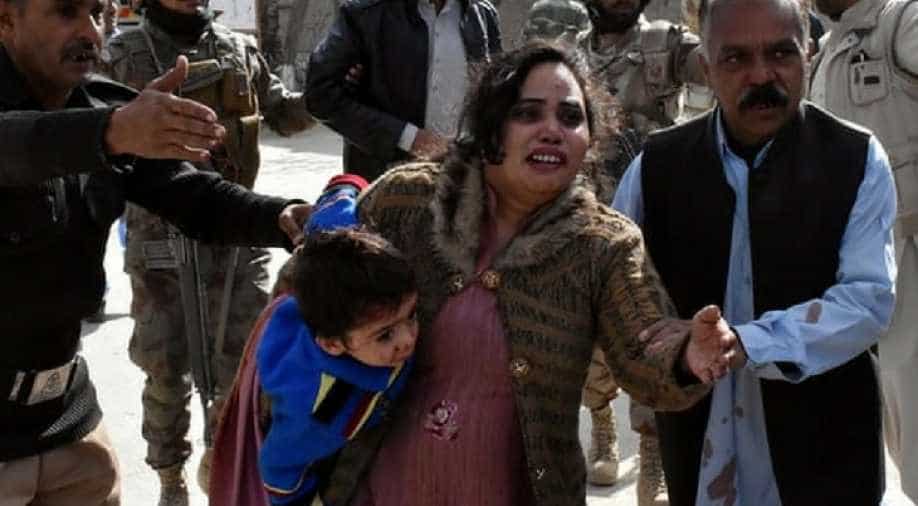 People flee the church in Quetta after the suicide bomb attack. Photograph:( AFP )

Olympic silver medallist P V Sindhu suffered another heart-wrenching defeat against World No. 2, Akane Yamaguchi of Japan, to finish as runner-up at the Dubai Super Series Final here today. In the prestigious season-ending tournament finale, Sindhu played her heart out before going down fighting 21-15 12-21 19-21 to Yamaguchi in an energy-sapping summit clash that lasted an hour and 31 minutes.

Pakistan's Inter-Services Intelligence (ISI) tried to extract sensitive information from three Indian officials posted in the country by setting a honeytrap for them, media reports said Sunday. The attempt, however, was foiled before any classified documents could be passed on, the reports added.

India: Two women harassed every day at workplace in 2017

Two women were harassed every day at their workplaces in India in 2017. News reports said Sunday that the National Commission for Women (NCW) received an average of 1.7 complaints a day in 2017.  The reports said that in the 316 days between January 1 and December 12, the commission received 539 complaints.

At least 8 people have reportedly been killed and 25 injured in a bomb and gun attack on a Catholic church in Quetta, Pakistan. Pakistan's Dawn News confirmed the attack on the Bethel Memorial Methodist Church on Zarghoon Road, Quetta this afternoon. All casualties have been moved to Quetta's Civil Hospital.

J&K: Protests after civilian killed in crossfire between army, terrorists