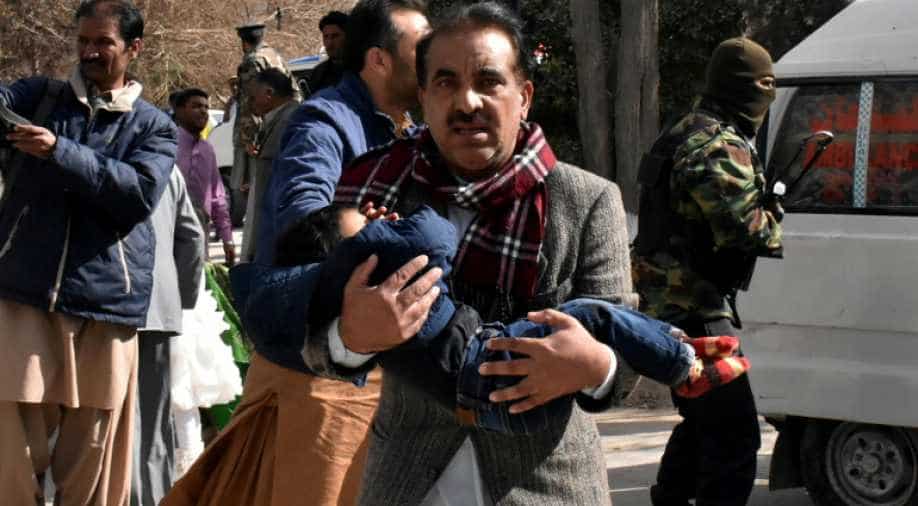 There had been two suicide attackers. Security forces managed to shoot one down but the other reached the door where he blew himself up. Photograph:( Reuters )

Eight people have been killed and over 30 injured injured in a suicide attack on a Catholic church in Quetta, Pakistan.

There were two suicide attackers.

News reports said security forces were able to shoot down the first.

But the second attacker got to the door where he blew himself up.

There were close to 400 people praying inside, Dawn News reported.

The wounded were moved to Quetta's Civil Hospital.

A number of people were thought to be critically injured.

Home Minister Sarfraz Bugti condemned the attack, saying on Twitter that a massive tragedy had been successfully averted by police and others.

By the grace of Almighty, 02 Suicide Bombers stopped on entrance of Church in #Quetta. LEAs took 16 mins to complete the op. CCPO & DC #Quetta along with IG Police #Balochistan lead the operation from forefront.

Quetta is the provincial capital and the largest city of Balochistan, Pakistan.