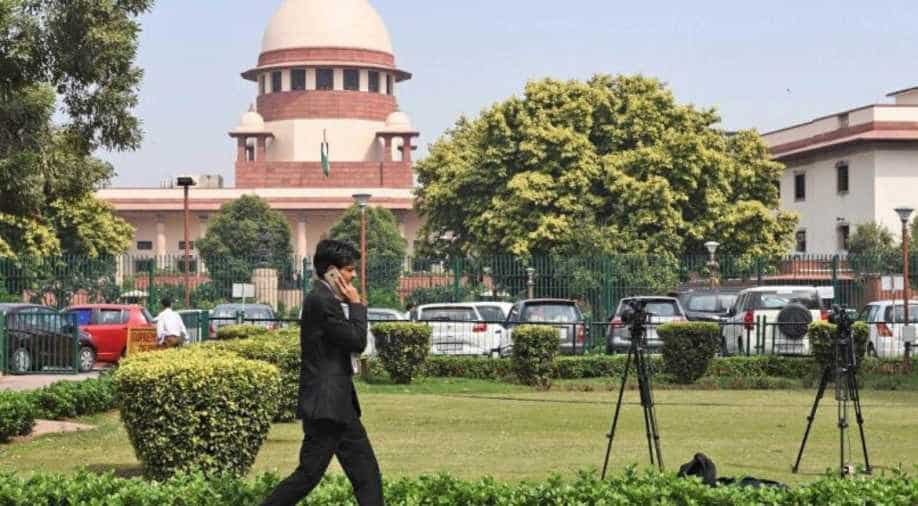 In addition to mentioning the widespread misuse of Sedition, it also referred to alarming misuse of Section 66 A relating to information technology

Concerned over the "enormous misuse" of the colonial era penal law on sedition, the Supreme Court on Thursday asked the Centre why it was not repealing the provision used by the British to 'silence' people like Mahatma Gandhi and to suppress the freedom movement.

Agreeing to examine the pleas filed by Editors Guild of India and a former major general, challenging the constitutionality of section 124A (sedition) in the IPC, a bench headed by Chief Justice N V Ramana said its main concern was the "misuse of law" and issued the notice to the Centre.

The non-bailable provision makes any speech or expression that "brings or attempts to bring into hatred or contempt or excites or attempts to excite disaffection towards the Government established by law in India" a criminal offence punishable with a maximum sentence of life imprisonment.

"Is it still necessary to keep this in statute even after 75 years of independence?", asked the bench which also comprised Justices A S Bopanna and Hrishikesh Roy.

Observing that the provision on sedition has been put to "enormous misuse", it also referred to alarming misuse of Section 66 A of the Information Technology Act even after the top court set it aside long back and observed: "It can be compared to a carpenter, asked to cut wood, cut the entire forest."

"A factionist can invoke these types of (penal) provisions to implicate the other group of people," the CJI said, adding that if a particular party or people do not want to hear a voice, they will use this law to implicate others.

The bench wondered at the continuance of the sedition law in the statute book for the last 75 years and said: "We do not know why the government is not taking a decision. Your government has been getting rid of stale laws."

The bench said that it was not blaming any state or government, but unfortunately, the executing agency misuses these laws and "there is no accountability"

In a hearing, conducted through video-conferencing, the bench said that if a police officer in a remote village wanted to fix a person then he can easily do so by using such provisions.

Moreover, said the bench, there was a very low percentage of convictions in sedition cases and these are the issues which are needed to be decided.

The CJI, on being told that another bench headed Justice U U Lalit has been hearing a similar plea which has been fixed for further consideration on July 27, said he would take a call on posting of the matters and notify the date of hearing.

Attorney General KK Venugopal, who was asked to assist the bench in dealing with the case, defended the provision and said it be allowed to remain in the statute book and the court may lay down guidelines to curb the misuse.

Senior advocate Shyam Divan, appearing for the Editors Guild of India, said that a separate plea has been filed by the journalists' body challenging the validity of Section 124A (sedition) of the IPC and that plea can also be tagged along with the present one.

He said that besides challenging the validity, the Guild has also sought framing of guidelines to curb misuse.

The bench was hearing the fresh plea by a former army officer, Major-General S G Vombatkere (Retd), challenging the Constitutional validity of Section 124 A (sedition) of the IPC on grounds that it causes a "chilling effect" on speech and is an unreasonable restriction on free expression, a fundamental right.

The bench, referring to the credentials of Vombatkere, said that he gave his entire life to the country and his motive in the filing of the case cannot be questioned.

The former Army officer challenged the constitutional validity of the sedition law on the ground that it causes a "chilling effect" on speech and is an unreasonable restriction on free expression, a fundamental right.

His plea said Section 124-A is wholly unconstitutional and should be "unequivocally and unambiguously struck down".

"The petitioner contends that a statute criminalising expression based on unconstitutionally vague definitions of 'disaffection towards Government' etc. Is an unreasonable restriction on the fundamental right to free expression guaranteed under Article 19(1)(a) and causes constitutionally impermissible 'Chilling Effect' on speech," the plea said.

The petition said there is a need to take into account the "march of the times and the development of the law" before dealing with Section 124-A.

Earlier, a separate bench had sought a response from the Centre on the plea challenging the validity of sedition law, filed by two journalists, Kishorechandra Wangkhemcha and Kanhaiya Lal Shukla, working in Manipur and Chhattisgarh respectively.